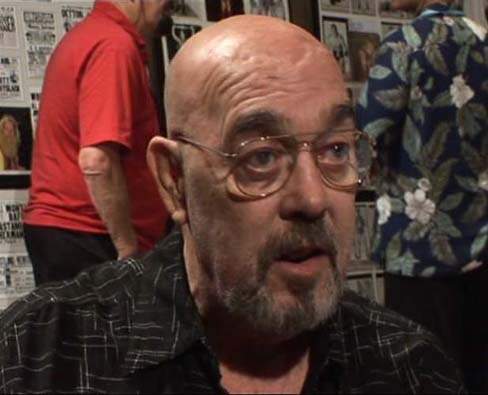 “Bittersweet” is how “Guest Booker with Gary Hart” can be best described. In this, Gary’s final DVD, he lays bare his innermost feelings about the business, the art of booking, and the bygone territory system. This edition of KayfabeCommentaries’ popular dvd series centers around the territory system, and all that has been lost by the elimination of this fertile training ground for wrestlers.

The new dvd runs two hours long and features ample discussion about the territory system in general, as well as the specifics of the Dallas territory, and actually, the entire state of Texas. Of course, no edition of Guest Booker would be complete without the patented booking exercise, wherein Gary travels back to 1986 to try and help Fritz and the ailing World Class organization after a particularly fateful year.

KayfabeCommentaries co-owner Sean Oliver says that “bittersweet” is the emotion behind holding in their posession this important final appearance by Gary Hart. “Though the prevailing emotion behind the news of his loss was great sadness and sympathy for his family, there does exist a reverence for the fact that we had the opportunity to chronicle his mind forever. I’ve always described the Guest Booker series as ‘a chronicle of wrestling’s greatest minds.’ Well Gary was so deserving of that slot. And we’re glad he got it.”

Hart’s discussion of the booking of Dallas, San Antonio and Houston shatters a popular myth that there were three separate territories. In actuality, Gary explains, the Dallas office and that booker, controlled them all. In addition to the territory discussion, Gary tells some incredible stories from wrestling’s golden age, before proceeding to try and reverse the WCCW’s ill fortunes of 1986.

Though the company’s name was in print all over the wrestling media after Gary’s passing due to the fact that they worked with him only hours before his passing, Oliver and KayfabeCommentaries have elected to downplay the death in their treatment of this edition.

“We cut one trailer that addressed that angle, as well as the fact that we dedicate the disc to Gary’s two sons,” he says. “But beyond that it’s going to look and feel like every other Guest Booker. It has to.”

“What made Gary remarkable was not his death,” says Oliver. “It was his life. And I want this dvd to reflect that.”