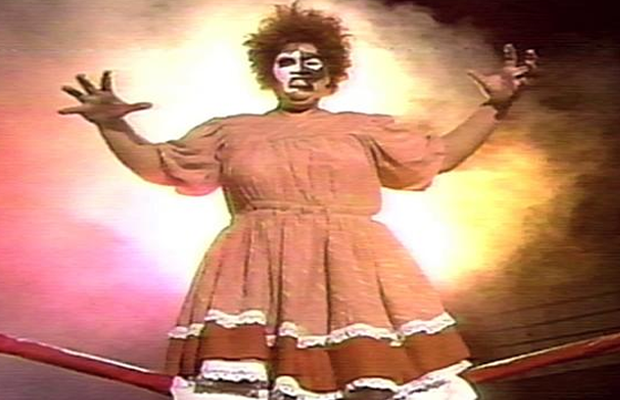 GLOW star Lynn Braxton, who wrestled as Big Bad Mama, had died of cancer at age 61.

Braxton appeared on seasons three and four of GLOW, wrestling as an intimidating powerhouse with a painted face. She appeared in the GLOW documentary, which aired recently on LOGO.

She also made an appearance on an episode of the classic sitcom Married…With Children, in which she wrestled Al Bundy.

Numerous stars of ’80s promotion GLOW have paid tribute to their colleague.  Original GLOW girl Little Egypt said her heart was “saddened” at the loss of Lynn, who succumbed to her battle with cancer.

She wrote on Facebook: “Our hearts are saddened today, and forever, by the loss of our GLOW sister Lynn Braxton (Big Bad Mama). Prayers to her family. R.I.P beautiful lady. Gone but never ever forgotten.”

And Gremlina also posted a heartfelt message on Facebook, writing: “It is with a heavy heart and deep sadness that I must tell everyone a bright light in the G.L.O.W world passed away over an hour ago Big Bad Mama a/ka Lynn Braxton .She was Mama to all us G.L.O.W ladies and a truly beautiful soul and inspiration she will be missed Please Pray for her family in this sad time RIP mama you always knew best.”