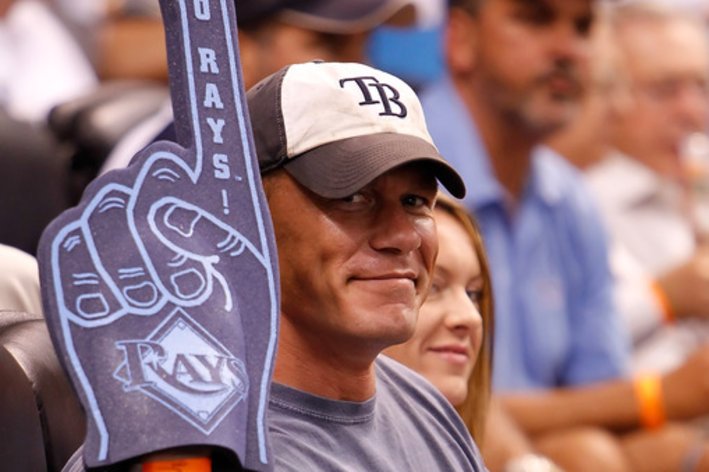 Editor’s note: This column originally appeared on cagesideseats.com and was written by Hulk Holland.

With this being SummerSlam, expectations are running high. Did WWE and its Creative team hold up its end of the bargain?

It’s that time of year again!

WWE is bringing back its end of summer celebration this Sunday night (Aug. 18) with SummerSlam 2013, which emanates from the Staples Center in Los Angeles, California. The Double-S has long been considered one of the “big four,” alongside WrestleMania, Royal Rumble and Survivor Series.

Simply put, fans expect a little bit more for their money on a pay-per-view (PPV) show like this.

Will they get it?

That’s hard to know going into the event, as it largely depends on how well the talent performs. All Creative can do, under the watchful eye of the front office, is assemble the best possible line up and let the chips fall where they may. But is that the case?

Below is the current SummerSlam bout listing. Instead of predicting outcomes (we’ll do that for you this weekend), I’ll be examining how well each match was booked, including how much investment fans have put (or should have put) into this Sunday’s brouhaha.

I wasn’t too thrilled with the way this went down in the beginning, because I wanted Daniel Bryan to win the Money in the Bank (MITB) ladder match earlier this year and get the title shot because he earned it, and not because Lord Cena deemed him worthy.

The briefcase always makes it a little extra special.

In spite of that small, albeit personal, criticism of this program, they have done an outstanding job of writing a very specific narrative for this WWE Championship match. And the promos have been sensational. I like when a story goes beyond just wins and losses and the “respect” angle — while not unfamiliar — is always a money maker if it’s done the right way.

Triple H notwithstanding, this is one of those times.

In fairness to Brock Lesnar, there’s only so much juice you can squeeze out of the big fruit, due largely in part to his part-time schedule. Add to that his limited vocabulary and the onus rests on his opponent, who is usually a big-time, main event player.

The fact that I’m looking at this program as “good” and not “great” may be an indication of how spoiled we’ve become by Punk’s work. When you have one of the best performers of this generation paired off against Paul Heyman, who has a spot on the Mt. Rushmore of promos, you immediately expect something epic every time out.

Are we there yet?

No, but I also don’t think they’re painting by numbers, either. The limitations of this program became evident in the closing segment on Monday Night’ RAW and from a pure wrestling perspective, Sunday night’s conclusion should be a physical barnburner.

But one I may soon forget as each performer moves on to his next endeavor.

How often does a WWE title bout serve as a cool down match? They should consider bumping this one in between Punk vs. Lesnar and Cena vs. Bryan, so the crowd has a chance to catch its breath, take a piss or go get some more stale popcorn.

How many actual fucks are being given about this contest?

I actually like both performers, but their feud up until this point has been the epitome of boring. If any match needed a wonky stipulation, it was this one, but I guess Creative is going down with the ship. Then again, if Randy Orton storms out of the back and cashes in, there may be reason to pay attention.

Final verdict: Dos Caras translated to English is “Don’t Care About Us.”

Related Itemssummerslamwwe
← Previous Story Ryan Nemeth is now blogging at PWMania.com
Next Story → Dolph Ziggler joins the cast of the movie “Me Him Her”