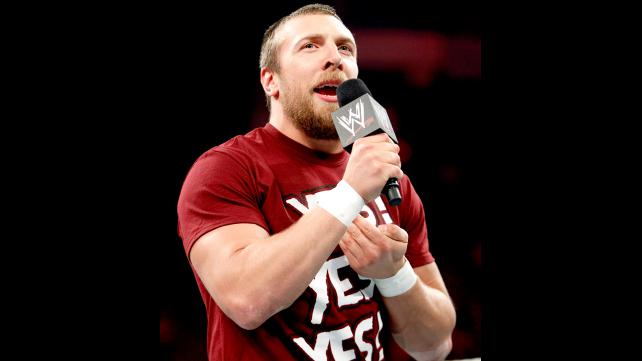 Before he joined the “highly successful” trio 3MB of the WWE, Drew McIntyre was hand-picked by Vince McMahon as “The Chosen One” of the company.

Before he became a mid-card jobber, Johnny Curtis or Fandango was a hand-picked “pet project” by McMahon. No word yet on whether McMahon feels Curtis has reached his full potential with the company.

Before he decided that becoming a member of the Wyatt Family was more important than chasing WWE gold, Daniel Bryan had one of the most successful runs in company history. Bryan was as popular as any wrestling face in recent memory – but for some reason McMahon could not see dollar signs in Bryan and moved forward without the cruiserweight as champion – leapfrogging John Cena, Randy Orton and CM Punk.

These are prime examples of how the WWE has attempted to give wrestlers a push that ultimately – for one reason or another – failed and not only failed, left a mark on the company that other programs or feuds are trying to cover up.

For everything the WWE and professional wrestling are and for everything that is good about the business, there are plenty of failures – with characters falling flat, opponents not making the grade, and the management of the company looking a little foolish in their plans that should have been reviewed by agents before the ideas ever reached an arena.

Before there was Ryback, there were others – mechanical robots who could not move in the ring, who could not sell and more than anything, could not turn a profit. There were wrestlers who looked the part (Ahmed Johnson) and acted the part (David Otunga) but did not live the part.

And then there were those who were put in a spot and were sold as the next great thing and they just did not get it – or the fans just didn’t like them.

Somewhere out there, Glacier is still trying to find his way through WCW.

In most cases, the roles of heel and face mean nothing when it comes to the success and failure of a wrestler, but it is hard to sell a Daniel Bryan after his immense run over the summer and fall and it is hard to accept Hulk Hogan as a heel at first, even though his changeover was one of the best in wrestling history.

Both, however, many go down in annals as two of the best heels and making the heel role cool and hip in today’s generation.

There are a handful of today’s superstars in the WWE who need a push, some guidance and some help from the “boys.”. Curtis Axel can still be a star. Tamina could rule the WWE Division. Damien Sandow would be great as the lead animal and don’t forget about Roman Reigns who I and just about every other WWE fan thinks could be the next it guy. Those wrestlers are easy to predict. It’s the ones like R-Truth (who looks to be headed for tag teams fully), Wade Barrett and Sheamus (upon his return) that force the WWE to make some real decisions.

And come to think of it, there is no word yet on what the company will do with Batista or Brock Lesnar. It would be a shame if those two eve had to get out of character to make their character work again.