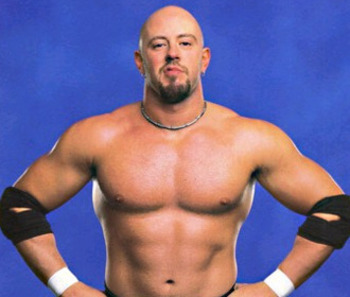 “I enjoyed seeing my friends DDP, and a healthy, sober, Jake “The Snake” Roberts. I also saw my childhood hero Ric Flair get more emotion out of the WWE World Champ Randy Orton than I can remember. The New Age Outlaws teaming up with CM Punk actually worked really well. Both Punk and The Outlaws gained from this fun pairing, and most important the fans ate it up.”

“Is it me or is the WWE trying to kill Daniel Bryan’s character off. Daniel Bryan managed to do the almost impossible, and he got over huge without a WWE push. Fans loved him, they loved his work, his gimmick, everything about him. It was organic, and that’s something that doesn’t happen often. The WWE didn’t give him the title, and they should have. Then the teaming up with CM Punk. Now they have taken away any reason for the fans to care. Even if this storyline ends up being ok, it will have effectively killed any momentum he once had.”

“Dolph Ziggler was injured Monday Night in his match with Ryback. The injury took place after Ryback blasted him with a clothesline. Ziggler was later diagnosed with a concussion. This is Dolph’s 2nd concussion in less than a one year period. I hope that he recovers fully from this. I know from experience that these types of injuries can really change you as an athlete. I came back from a terrible concussion in ECW 2 days after the initial injury. It took me months to recover. Double vision, nausea, and vomiting. I remember trying to drive from Philly back home to CT, and having to pull over every 10 minutes to puke.”