LordsofPain.net presents: Indy Power Rankings for the week of January 13, 2014 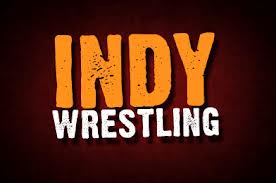 Editor’s note: This column originally appeared on www.lordsofpain.net and was written by Nick Magee.

1. Drew Gulak-In the closest vote in the history of the Indy Power Rankings,the CZW World Champion just barely edges out all the other contenders for the #1 spot this week. After a #6 ranking last week,Gulak defended his title vs. Cage of Death lone survivor,Lucky tHURTeen. Gulak came out on top. He then took on Christina Von Eerie at the Beyond Wrestling tapings where he was victorious once again. This is his first #1 ranking since September 23 rd ,2013.

2. Ricochet-With HUGE wins over Chris Hero and FIP World Champion Trent Barreta at EVOLVE over the weekend,it appeared that Ricochet would be a sure thing for #1. His subsequent tag team loss to Trent Barreta & Anthony Nese may have been a determining factor that kept him away from the #1 spot this week. While the tag team rankings are a separate thing all together,losses can always influence voters. One thing is for sure,Ricochet has returned to the U.S. with gold on his mind. Could a #1 spot be next?

3. Shane Hollister-After a week off,the AAW Heavyweight Champion returns to the top 10,just one spot lower than where he left off. He went into the SCW Prestige Rumble on 1/11 and came out victorious. He is now the #1 contender to the SCW Heavyweight Title,held by a familiar foe in Matt Cage. With many huge matches in the near future,“The Shug” continues to make his push for his first ever #1 ranking.

4. Michael Elgin-It’s almost like clockwork how often “Unbreakable” Michael Elgin gets ranked,but he’s a work horse and that’s what work horses do. On 1/10 he went to St. Louis Anarchy where he defeated Jojo Bravo. He then travelled to West Virginia for ASW where he beat Davey Richards in what may be their last singles encounter on the indies. It was, perhaps,his loss (where he was pinned) in an 8 man tag later int he night that may have cost him the #1 ranking once again this week. He’ll bounce back. He always does.

5. Arik Royal-2 weeks ago the CWF Mid-Atlantic Heavyweight Champion was sitting at #7 in the Indy Power Rankings. This week he moves up to #5 after yet another successful defense of his title, this time vs. Manny Garcia. Royal has held that title since 2011 and doesn’t look to give it up any time soon.

6. Biff Busick-A man who vowed to grab a #1 ranking this year,gets ranked for the first time this week after he got his win back vs. Chris Dickinson at CZW and then picked up another victory over Pinkie Sanchez at the Beyond Wrestling tapings to go 2-0 on the weekend. “The Manliest Man” has some work to do to get that elusive #1 ranking,but he’s up for the challenge.

7. Shane Marvel-The IWE Maine Champion was absolutely DOMINANT over the weekend as he mowed through not 1,not 2,but 3 challengers on his way to his first ever ranking. His biggest defense was against someone that we all know in Justin Credible. Now the question is,can Marvel duplicate this type of success and start to climb the Indy Power Rankings ladder?

8. Jason Kincaid-Last week’s #7 falls one spot due to heavy competition. He did pick up a win vs. John Wayne Murdoch at NWA SAW,but his double countout vs. Lance Erikson may have cost him a higher ranking this week. He’s one to look out for as this is his second week straight in the top 10 (one of only 2 people in this week’s top 10 to accomplish that this week).

9. BJ Whitmer-After returning from what appeared to be a career ending neck injury,Whitmer has come back with a vengeance. He was already 2-0 in tag team competition,but improved his record to 3-0 overall after a victory over Jonathan Gresham at IWA Mid-South on 1/11. His new allegiance with Jimmy Jacobs and Roderick Strong could lead him to gold in 2014 and even more top 10 rankings.

10. Christian Rose-The DREAMWAVE Champion travelled to Clarksville,IN on 1/11 where he competed in a first time encounter vs. B-Boy…and came out on top. After a victory last week as well,he has gotten momentum on his side in preparation for his historic encounter with AJ Styles on February 1 st at DREAMWAVE.