GUEST COLUMN: “Doctor’s Orders: An Old School Thought on Personalities and Characters” by The Doc 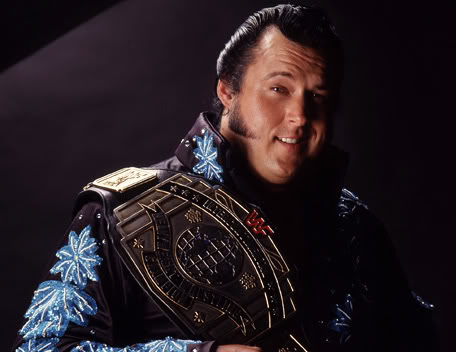 Editor’s note: This column originally appeared on www.lordsofpain.net and was written by The Doc (@TheDocLOP).

I was watching the final BCS National Championship game last night and I was struck by something that I noticed from Alabama head coach Nick Saban, who was working for ESPN as an analyst during the pre-game, halftime, and post-game shows. When Saban gets in front of a camera, he is just as smooth as silk when breaking down the stories, the game tape, and the moment. Nothing seems lost on him. He is absolutely, 100% a “football genius.” I’m not a ‘Bama fan, by any means, but I respect that guy.

I flipped over to Raw at about 10:30 last night just to see what was going on, having planned to watch it, in full, today. JBL was doing commentary. He said something characteristically forced, as has become customary in this day and age, and I rolled my eyes. I went back to Saban’s incredibly astute, insightful, natural, confident commentary on the Auburn-Florida State game and did not think a thing about Raw with the exception of wondering how the Daniel Bryan situation played out.

So, tonight, I was watching “Old School Raw.” As I’ve just read, it was the highest rated Raw since the night after Summerslam. I think that very well illustrates the point I’m about to make. I am sitting there watching past superstars that – as Baltimore proved – people will still go crazy for such as Ric Flair, Roddy Piper, The New Age Outlaws, Too Cool, and Jake (the f-ing) “Snake” Roberts and I could not help but become immersed in the idea that one of the primary problems in the current WWE product is that, amidst all the modern technology that allows for advanced scouting and talent development, there is a serious lack of marketable personalities. The WWE brought back a wide range of yesterday’s figures. Some were main-eventers, some were headliners, and some were perennially popular mid-carders. All received a great ovation from a 2014 fanbase. That states something pretty clear on a night where little of significance was really accomplished for the Royal Rumble: the WWE needs to stop talking about “it” factor and start finding ways to extract it.

Inconspicuous by his absence on Raw, The Honky Tonk Man is one of the 90 superstars for whom I dedicated a chapter in my book and the reason why he made my “WrestleMania Era” list was simple – the WWE gave him a gimmick that he played really well. Wayne Farris, God Bless him, was not exactly oozing with that mysterious “it.” He was a solid talent and little more. Yet, is he not one of the most recognizable acts of the original wrestling boom? Is he not still the longest reigning IC Champion of all-time? He was an evil Elvis impersonator who had a great heel theme song and it clicked. He nailed that gimmick. Clearly, the WWE looked at his skill set and saw that they could take it and sculpt it into something. Three cheers to Farris for accepting the challenge. I bring him up because he is one of history’s shining examples of why gimmicks work in wrestling for a reason.

A guy with the look of a chain-smoking bounty hunter became one of WCW’s most legendary stars in the late 1990s. Today, his entrepreneurial spirit has landed him a spot in the natural health lexicon with DDP Yoga. Well, honestly, what was Diamond Dallas Page? He was a really, really hard worker that wanted it who got over with a move (The Diamond Cutter) and a catchphrase (Bang!). He road his popularity to multiple World Championship reigns. He was great – one of the few things that WCW got right outside of The New World Order. It was not some mysterious thing to be discovered while watching 24 hours of video tape from a state of the art performance center that got him to a likely spot in the Hall of Fame one day. It was determination on his part and WCW’s willingness to accentuate what little he – honestly – brought to the table that could be marketed and pushed.

My favorite part of Raw – by a mile – was seeing Jake back in the WWE. What a thrill that was. For those of you younger fans, it would behoove you to go back and pull up some old Jake “The Snake” promos and matches. He was a detail-oriented wrestler and talker. He knew that he did not have the size or the look and the WWE knew that, too. Yet, they also knew that he was an incredible talent with intangibles that flew off the charts. He could be relatable as a hero and as dastardly a villain as there had ever been. Would he have gotten over without the snake, though? It’s an interesting question. You see, guys like me love the details, but the masses couldn’t care less. That’s why the snake was there. The snake drew in the people. Jake simply kept them glued once they were there. Think of the simplicity in that. It was a real live snake…that’s what put Jake Roberts in the position to be legendary.

The point is that everyone has a thing and some have several. The people that have several “things” are usually the most exemplary people on the planet, most likely to succeed. Nick Saban is a tremendous football coach who also knocks it out of the park as a football analyst. If only him and his ardent belief in “the process” had aspired to be President of the United States instead of a four-time national champion. In wrestling, John Cena has a lot of things – he can freestyle rap to the point that he had an album on the Billboard charts, he has a great look, he’s a gym rat who belongs on the cover of “Men’s Fitness,” and he has a likeable personality. Is it any wonder that he’s one of the top stars in the history of the industry? Randy Orton has a lot of things, too, but not as many as John Cena – he is an incredibly smooth athlete with good looks, the pedigree, and a near unmatched ability to use his facial expressions to sell villainous emotion. Conversely, look at the Undertaker. Mark Callaway is a tall, freakish athlete, but he is bowling shoe ugly. As a businessman, you would never want to send him out for a press event unless you absolutely had to. Yet, he is the single most successful gimmick performer of all-time. The WWE knew that they had to put him in a role and they found one for him that worked. 21 WrestleMania wins without a loss later, what more needs to be said? The Deadman proved it possible for someone with very limited “things” to be a huge, top 10 of the last 30 years caliber star. Look at Bill Goldberg – snarl, breathe pyro, smash, leave. Brock Lesnar – most gifted athlete in WWE history with unbelievable strength. “Alright, Brock, tonight is your WWE debut – go throw people.”