Home / Behind the Scenes / Gunner would like to work in WWE 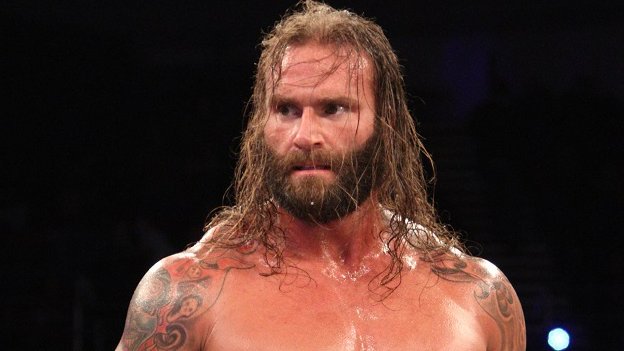 Former TNA star Chad ‘Gunner’ Lail recently took some time to participate in an exclusive interview with PWMania.com. He discusses his time and TNA, what else is in store for him in 2015, working with Smoa Joe, WWE NXT and more. Check out some highlights from the interview below:

Working with Samoa Joe: “Unfortunately, Joe and I we worked some house shows together but we didn’t really have any big feuds, I was always upset about that. Crimson had to have a pretty lengthy feud with Joe. Any time I stepped in the ring with Joe that’s the guy that you know he’s an amazing talent in the ring. He knows his was in and out of the ring. He knows all about character facials and people love him obviously from his Ring of Honor days to now and in NXT which I am so happy to see him in I think that’s where he belongs. The guy is a machine. He was always very helpful when it came to having a young guy like me and building that character and getting your moves set and just placing the moves where they belong and not doing 30 different moves but less is more kind of thing.”

His time in TNA, departure & WWE NXT: “I really enjoyed working for the company. I’ve been with them since 09’, Terry Taylor helped me get my foot in the door with me and Murphy and working the security deal. I will definitely miss the guys that I worked with. I think it goes the same way and that they will miss me. I talked with a handful of them. I really think it was best. After six years, there were times where I felt I was underutilized. Even though I worked with James Storm and I did the main event with Magnus, even after the Sam Shaw stuff I was put on the backburner for some odd reason and didn’t do anything wrong. After six years, I was to the point where I was stressed out a lot. I’m 33 you know and I don’t want my youth soaked up. I feel like I have something more to offer to somebody whether Impact calls me back in a couple months or WWE or Ring of Honor whoever it is, I know that me as a person I have a lot to offer. I think it was what was best for business.

“There is no bad blood. It was a mutual agreement and I thank them for the opportunities of having me in the Impact ring. But I have bigger and better goals and I think that since I was 5 I wanted that Wrestlemania moment. Ever since I was a kid I wanted to compete in the WWE ring and I’m not getting any younger. It’s still in the back of my mind, hey, I want to compete in a WWE ring or NXT has an amazing product right now down there. So I feel like I could wrestle on Impact and I’m looking forward to the future.”

His future & WWE: “I personally hope to one day in the future compete in the WWE. I mean like I said a minute ago, that is my ultimate goal since I was 5. I really feel like even if I go and another huge goal of mine is acting. I’ve done two movies this year and I do numerous amounts of auditions every week but I think my heart lies and still does with having a WWE match and having that Wrestlemania moment. After that I can probably retire and hopefully build The Rock’s status and act as much as I can because I love acting. The beating on my body and wanting to have kids one day and enjoy them. If I’m 65 and I never even attempt to try WWE then there will be a missing and void there. I’m in Kingsport, Tennessee, Kentucky, Georgia and right outside of Atlanta. So anybody that follows me, I post independent shows. I’m booked up all the way to December from Virginia to North Carolina to South Carolina and I’m working on a UK tour, going to Korea for some Military appearances. I stay busy, man. (chuckles)”

Lail also reveals his strong connection to his faith, being formerly married to someone in the business, his growth and development as a character, his aspirations to compete in other promotions and more. You can read the interview in its entirety at this link.