Home / TNA / Hall of Famer Tully Blanchard talks about his failed drug test in WWE, and much more

Hall of Famer Tully Blanchard talks about his failed drug test in WWE, and much more 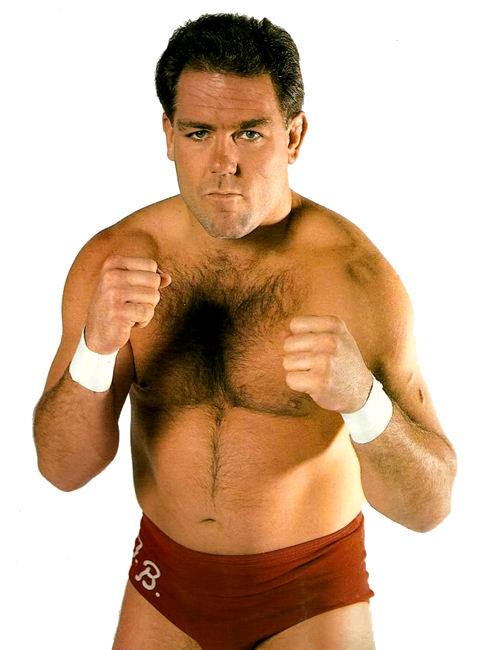 WWE Hall of Famer and original member of the Four Horsemen, Tully Blanchard  recently sat down with Steve and the Scum on WGD Weekly for a great hour plus long interview. Tully spoke about his entire run in the wrestling business from his initial start in the business following his college football days and his rise to the top of the NWA and WWF, right up through his controversial exit from the business.

Highlights from Tully’s interview with WGD Weekly included him chatting with Steve and the Scum on a variety of topics including:

What he feels it meant and still means to be a “Horseman”: “…When it was happening, you had nothing to compare it to, so you really didn’t and couldn’t know the impact. As we got into it, the promotion company and the reason that it is so well remembered, is it was not a promoter’s idea. It wasn’t Crockett and Dusty and all the powers that be sitting around and saying, oh, we’re going to put these four guys together and call them the Four Horseman…It was great entertainment, we sold out buildings…it was impactful, but I think it hit me the most, when I was in the car, driving to the airport in Charlotte, North Carolina and I pulled up behind a school bus. In street clothes, in my car, whatever and one of the kids in the back of the school bus looking out the back window recognized me and you could see him turn around and get frantic. Then there must have been forty little hands stick out the school bus windows on the sides with the four fingers. I can remember sitting there…and I’m going, oh my, this thing is becoming cultish…and it was just amazing because nothing in wrestling had ever done that. Maybe Lou Thez or Ed “Strangler” Lewis back in the 30’s or 40’s, but modern day, nothing had ever impacted like that…it was just amazing to be a part of…”

How it came about that he became one of the original Four Horsemen: “…It was the World’s Heavyweight Champion, it was Ole and Arn, the World’s Tag Team Champions, who were related,  Flair was a cousin of the Andersons and me, because I was wrestling the booker and the booker wanted to be part of the show, I go to be involved, so I was the fourth, I was the World’s Television Champion…”

Why he felt the many later incarnations of the Four Horsemen never lived up to the standards of the original: “…Later on, as WCW tried to resurrect the Horseman and the eighty five guys they put in there, and all the talent they put in there and never resurrected it, just lets you know it was about chemistry, it wasn’t just about talent. The chemistry that Ric and Arn and I had, and your throw Barry in there or Ole or Luger, and J.J. and there was a tremendous chemistry that happened, and a magic that happened that not everybody, if though they were great performers, could not generate that kind of magic in the ring…”

The incident between himself and John Bradshaw Layfield when he was considering coming back to work for the WWE in a backstage capacity: “…I’d gone up basically as an interview, you know to see and scope out, or as Vince told me to absorb, because the wrestling business had changed. They were getting ready to do the taping in St. Louis. I never really had actually remembered meeting JBL, and he started telling me from across the room that I was a fake preacher and I was this and I was that and I didn’t belong there and that I treated him bad when I was a star and he was just starting…it caught me very off guard, because…I didn’t treat people bad. If I didn’t like you, I just said hello, and I didn’t mess with you, that’s just the way I was. I didn’t remember it, so I told him, well it’s very possible that I did treat you poorly, and I hope you can forgive me. That’s all that was said on my part and we departed…”

His failed drug test in WWF as he and Arn Anderson had planned to depart and rejoin WCW: “…Arn and I just made a phone call and they had offered us a large sum of money if we would leave the WWF and reform the Four Horsemen. That’s what we were going to do. In that process, my life ended up getting changed, because we had that agreement with WCW, then I flunked a drug test and Vince suspended me on November 2 of 1989, as their drug policy was. So, I got suspended and Arn went on to do the Survivor Series. We were supposed to start that Saturday after with WCW and they reneged on the deal with me and hired Arn back at a substantially less amount than they promised.  That lets you know probably one of the reasons why they are out of business, because they aren’t stand up people…Anyway, in that process, when Flair called me on November 13, at one o’clock in the morning and told me they weren’t going to give me the contract, I was all of a sudden in eleven days, I was a world champion and promised three quarters of a million dollars to unemployed. At 35 years old, I didn’t quite know how to handle that…”

In addition, Blanchard also talked with Steve and the Scum further on each of the topics above as well as his days playing football in college and taking the field alongside several other future wrestling greats at West Texas State, his early career run in SCW working with the Funks, teaming with Gino Hernandez, Gino’s untimely passing and his thoughts on him as a performer, his move to Jim Crockett Promotions and his classic Mather for the TV Title with Ricky Steamboat, his legendary and bloody feuds with Dusty Rhodes and Magnum T.A., his thoughts on Rhodes personally in and out of the ring, his take on Magnum’s career ending accident, the Four Horseman’s WWE Hall of Fame induction and if he felt any others could’ve been included, the difference between the Horseman with Ole Anderson, Barry Windham, or Lex Luger in the group, the initial series of War Games matches, a story of chasing after a fan who threw a cup of an unidentified “warm” liquid on him, leaving WCW with Arn Anderson to compete in the WWF, their near return to WCW when the would’ve reformed the Four Horseman, the different qualities of his managers J.J. Dillon, Bobby Heenan, and Baby Doll, running into JBL and talking years after their locker room incident, his experiences in returning to Monday Night Raw for Ric Flair‘s “retirement” ceremony and WrestleMania weekend when the Horseman were honored…and so much more