Headbanger Mosh describes his relationship with Vince McMahon, and more 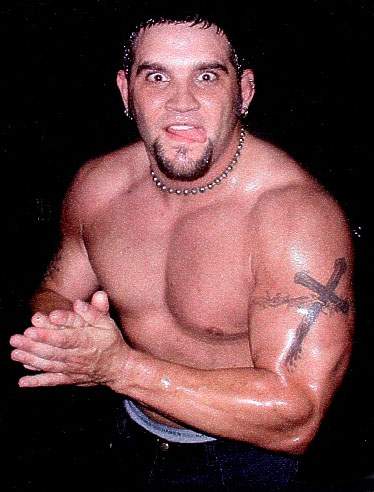 Former WWE tag team champion Chaz “Headbanger Mosh” Warrington stepped IN THE ROOM with Brady Hicks and his crew recently to talk about his participation in a truly ground-breaking time in wrestling … living life in the WWF at the height of the Attitude Era. Topics of discussion included joining the WWF despite only having 3-4 years in wrestling … why The Headbangers connected so well with the fans … going singles and WWE’s current view of tag teams (versus years past) … the recent success of contemporaries such as The Outlaws and Goldust, and if there is a ceiling for them … today’s WWE, including how Daniel Bryan and The Prime Time Players should be handled … and thoughts on Jim Cornette, The Insane Clown Posse, and Tiger Ali Singh.

IN THE ROOM airs weekly Tuesday nights, 9 PM ET, on the VOC Nation Radio Network on vocnation.com and thebradyhicks.com. Call in live (855) VOC-RADIO.

Always saying yes to Vince McMahon:
I had the attitude – and this is probably something I [now] may have done a little differently – [that] I’m here. If I do what they want me to do then I’m here. My initial thought was always to wrestle until I’m about 40 and then retire from being in the ring and be an agent. I always thought, “I’m here. Let me do what they ask me to do. Let me show I’m a company person and I’ll do whatever’s needed. Just go with the flow.” Obviously from being there and seeing the way things happened, my opinion at this point, is [it was] not the way to go. I know a lot of guys went in and argued and said “No, I’m not doing that. I think it should be this way.” And you know what? Their careers took off and they were there longer. Some of them are still there. And then there’s other guys who did what I did and they’re gone.

If tag team wrestling can become strong again:
The only way it is going to come back is if Vince [McMahon] wants it to come back … The indies and everything follows what Vince does. If Vince wants tag team wrestling to be big again, it’s going to be big. But, if you look at the track record of it, all of the tag teams that get pushed through Vince lately – and I’m not going back as far as Demolition, The Rockers, The Road Warriors, all of them – from my time being there, it was throw two guys together to get some kind of storyline over. Then you knew those guys were going to break up. When I was there, you had some solid tag teams … but for the most part … it was singles guys you put together to create some kind of other angle with it.

On Vince McMahon’s control:
Vince is a huge proponent of creating characters, creating the guys. He wants [everything] to be his idea, and my opinion is that if he didn’t create it then he’s not going to push it as much. He was trying to create his own thing. What we did, he wanted it to be controversial. The Flying Nuns would have been controversial. Controversy causes interest. That was an idea that Vince had and he tried running with it. Yeah, he got some controversy for it but it turned out to be a lot more negative than he expected, so, again, that got squashed also. But I didn’t care about The Flying Nuns or Beaver Cleavage or walking on my hands backwards to the ring shaving my [butt]. I was just happy to be there.

On Beaver Cleavage’s potential:
I honestly think if that would have been let to go … that would have really gotten over. What happened was that started kicking off right when Owen had his accident, and then Sable had her sexual harassment suit. So anything controversial like that was just cut off. So unfortunately because of some other things that were going on, that’s why things got cut off. That’s the story I was given … [But] it was a fun character. People would have gotten into it. That was the whole thing back then. Everything back then was geared toward sex, and that’s exactly where that was going. The whole gimmick was insinuating I was having sex with my mother. So … you had The Godfather, you had Val Venis, you had Meat back then. It was right up that alley. So there was no doubt in my mind that it would have gotten over.

Related Itemsheadbangersmoshvince mcmahonwwe
← Previous Story OK! Magazine has released a new synopsis and promotional photo for the next season of WWE Total Divas
Next Story → LUCHA LIBRE AND LAUGHS returns to Denver, CO on March 23, 2014