Home / Columns / HEY YO. Enough is Enough with Scott Hall

HEY YO. Enough is Enough with Scott Hall 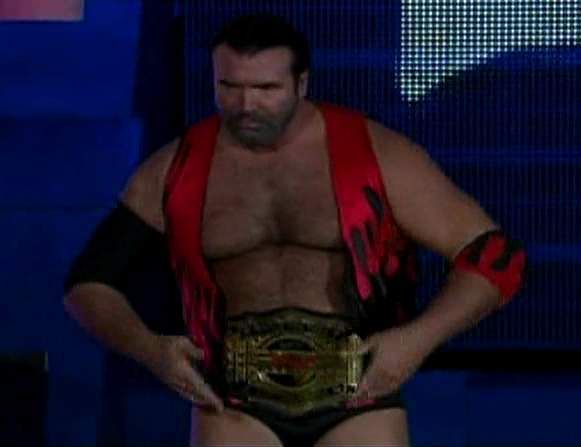 I wanted to comment on the Scott Hall incident that took place this past weekend at a Top Rope Promotions event in Fall River, MA. I heard about the incident over the weekend and finally had the chance to watch the footage today. To say it was embarrassing would be an extreme understatement. Not only did Hall have to be helped into the ring by several people, but he didn’t even know where he was at. I’m not talking about what city or even state either. He didn’t know WHAT COUNTRY he was in. On the microphone he said he was in the UK.

Having promoted hundreds of events over the past eighteen years and dealing with hundreds of different stars in the industry, I wanted to give my take on the entire situation.

First things first, if you’re booking Scott Hall for your event you are already playing with fire. I don’t want to hear “Well I heard he’s clean now” or “I was assured he is doing well now” as reasons as to why you booked him for your event. Knowing his track record, I would NEVER take the risk of booking him on any event I promoted- for the simple fact that it’s a risk. Is he a big name that can draw? Sure. But is it worth the risk of embarrassing your promotion, not knowing in what frame of mind he’s going to show up in, or even showing up at all? Not a chance. The promoter took that chance, however.

Looking at the situation from a promoter’s prospective, I can’t blame them for trying to sell the incident online. I would. Here you have someone who I’m sure got paid BIG MONEY to appear at your event and he showed up in no condition to be within a football field of a wrestling ring, nevermind inside of one. Obviously Hall didn’t live up to his end of the deal he had with Top Rope Promotions. He embarrassed the promotion big time in front of their fans.

The incident that took place this past weekend is the talk of the wrestling industry these last few days. TRP is a BUSINESS and in BUSINESS it’s about making money. If they own footage of this incident, which they do and I’m assuming Hall knew going into the show that this was being recorded- why not try and capitalize on it to turn a profit on a few thousand dollars that obviously was thrown into the garbage on the payment for Hall’s appearance?!?

I’m assuming Hall got paid at least $2,000 for his appearance, plus airfare and hotel. That’s close to $2,500 for that mess. He could have been paid more than that. You can’t fault the promoter or promotion on trying to get their investment back on Hall by charging wrestling fans ten bucks to watch something that everyone is talking about. They would have been idiots if they didn’t try and capitalize on it.
On the flip side, if you knew he was in no condition to appear in front of your audience, why did you send him to the ring? Why did you pay him all of his money up front? Because he told you to?!?! Knowing his track record, you should have paid him half up front and the remaining half after he performed for you. If he wouldn’t agree to that- then DON’T BOOK HIM! Once he had your money, he could do whatever he wanted to. He did just that.

I would have went into the ring and told the fans the truth. I would have said Scott Hall is backstage but is in no shape to come out and appear before you. I would have said he didn’t have enough respect for our promotion or you the fans to live up to his end of the deal. I would have demanded my money back from Scott Hall or I would sue him. I probably would have gotten punched in my face by him, but that would have added to my lawsuit. You just can’t let the guy do whatever he wants to do. This is the promoters fault. Bottom line is there was ways of getting around the situation other then sending him out to the ring and making a joke of not only himself, but your group.

When I read a few weeks back that Hall wasn’t attending the WWE Hall of Fame due to not thinking he was strong enough to do so, I had a lot of respect for him. Having been a promoter all of these years though and seeing how Hall burnt this promotion this past weekend, that respect has been tossed right out the window.

Enough is enough with this guy already.
I can understand how Kevin Nash and others always stick up for him when this stuff happens, I would do the same for my friends. I have actually. But there comes a time where you just have to wash your hands of the situation. How many times has this happened now? Come on, enough is enough now.

Shawn Michaels wrote on his Twitter page yesterday that it was a private matter. I have nothing but the world of respect for Shawn, but he’s dead wrong. Why can the world and MANY of his peers talk about Charlie Sheen but not about Scott Hall? Hall is a public figure and is obviously in a very bad way. He has been for a very long time.

I’m tired of reading people running to his defense all the time and sticking up for him. He might be the nicest guy in the world with the biggest heart when he’s clean. But it’s time to face it people- the man has serious issues that has been treated several times over the years and those issues just can’t be put under control. Obviously he’s very sick and nothing seems to be working to make him better.
At the end of the day, only Scott Hall can ultimately make himself better. He can have all the help and support in the world, but if he’s not willing to get better- it’s on him. He can say until he’s blue in the face that he wants to be better. Many might believe it. He probably even believes it. But the events that took place this past weekend show that Hall isn’t only lying to his friends and fans- he’s lying to himself.
Be sure to head over to PopTheCrowd.com for further commentaries!
Tommy Fierro