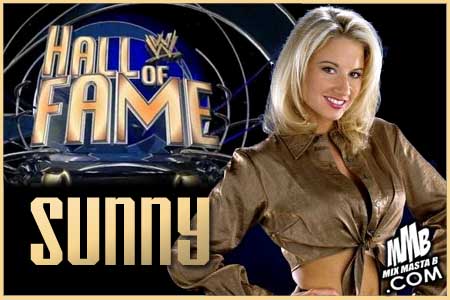 Recently Tammy Lynn Sytch, Sunny, has been in the news for all the wrong reasons.  As we all know Sunny has had some highly visible personal issues in the past.  We all hoped that she had overcome her demons and moved on to a better place.  But her recent arrests make it pretty clear that she is still struggling on many levels.  She may claim on Twitter that she is fine, that she’s got her act together, but sadly we can see this isn’t true.

I’ve never been a huge Sunny fan but I do respect her impact on the history of World Wrestling Entertainment.  She’s managed some all-time great tag teams (in 1996 she was even PWI’s “Manager of the Year”) and many consider her the “original” Diva.  It’s just always been hard to separate Sunny’s “in-ring character” with the “real-life issues” that seem to follow her around.

Sunny certainly isn’t alone here.  It has been well-documented that many professional wrestlers struggle to maintain their center amid all the pressures of their career.  When I was reading the recent stories about Sunny I thought back to an article I had written a few years ago about another fallen Diva, Chyna.  Both women achieved great success in WWE, and both have now fallen to dramatic lows.  The similarities of their stories are pretty interesting, so I thought I would share my previous article.  Remarkably you could almost swap “Sunny” for “Chyna” and the story still holds.

Pretty similar stories, right?  Both Chyna and Sunny were pioneers in the WWE, but now over the past ten years have found themselves in constant trouble.  To be clear I don’t blame professional wrestling.  All the wrestlers know this is a tough career when they get into it.  My hope is that Chyna and Sunny serve as examples of how tough it can be when wrestlers actually get out.

Related Itemschynadivashitting the ropestammy sytch
← Previous Story AS I SEE IT – The Wrestling World Mourns Again
Next Story → XTREME ENTERTAINMENT PODCAST – Is TNA Bound For Glory or Bound For Failure?