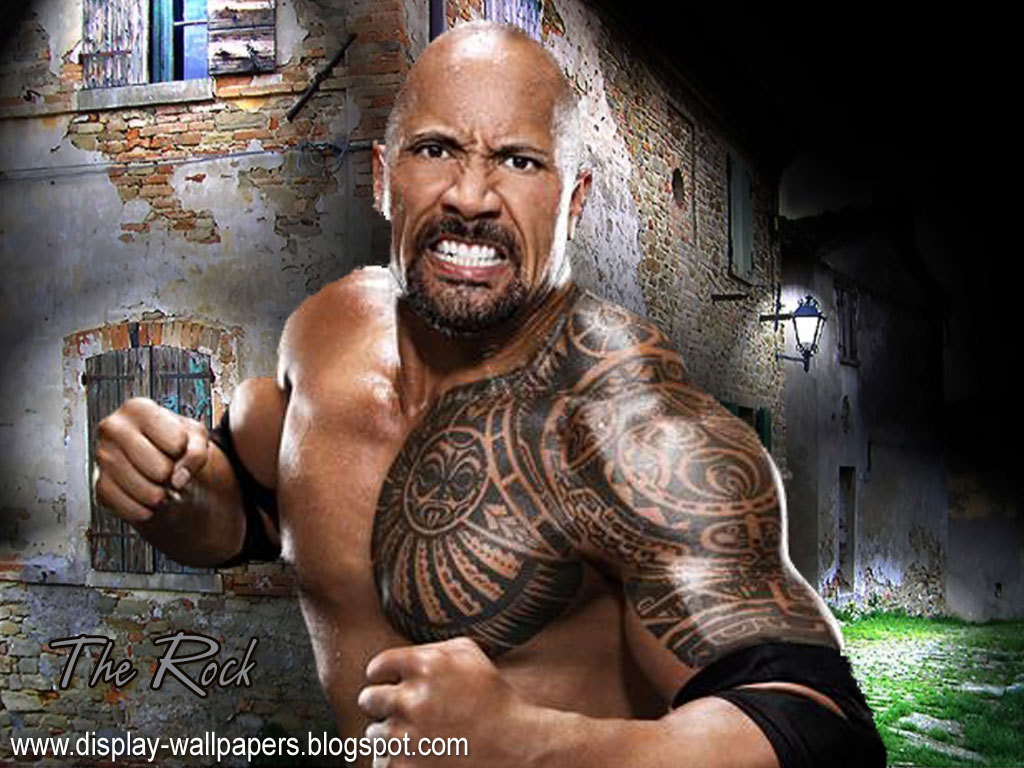 I shake my head every time I read that someone inside the WWE locker room isn’t thrilled with the Rock headlining another Wrestlemania.  I guess it’s possible that these are false rumors, that everybody is excited about the upcoming show in New York City.  But as the old saying goes, “where there’s smoke, there’s fire.”  Even going back to Miami last year there have been rumblings that Dwayne Johnson’s comeback has been met with resistance.

I guess the problem is that the Rock is not a full-time part of the roster, so why should he headline the biggest show of the year?  Not only does he make a ton of money for working this limited schedule, but he’s taking somebody else’s spot, someone else’s chance for the spotlight.

Does the locker room still need to be reminded that pro wrestling is first and foremost a business?  It’s really amazing when you look at the management, coordination, staffing, and logistics it takes to produce Wrestlemania each year.  There are so many expectations from the WWE fans that the WWE has to do everything it can to make Wrestlemania feel special.  The show has to include the best matches featuring the best stars in the industry.  In a way the WWE has boxed themselves into a corner.

To their credit, everything about Wrestlemania does feels grand, from the special events, to the parties, to the Hall of Fame, to the stadium venue itself.  It all feels grand…and it’s all very expensive to produce.  The WWE needs to recover that money from ticket sales, and like any promoter, Vince needs “stars” to sell his show.

So, aside from some hurt feelings in the locker room, the big question for Vince McMahon has to be, “Is this approach to booking Wrestlemania working?”  In other words, is the WWE making money?

Well, they sure did last year in South Beach.

It is interesting when you look at Wrestlemania 29 because the card is front-loaded with part-time wrestlers.  Big names to be sure, but, aside from John Cena and C.M. Punk, wrestlers who will never work a full schedule again.  The Rock is brought back for a few shows.  So is Brock Lesnar.  And Triple H.  Even the Undertaker.

This certainly isn’t the first time Wrestlemania has been booked this way.  Last year Wrestlemania 28 featured many of these same returning stars (in addition to Shawn Michaels in a prominent role).  In fact we could go all the way back to the very FIRST Wrestlemania to see the importance of celebrity to this yearly event.  Muhammed Ali, Cyndi Lauper, Liberace, and Mr. T all helped sell Wrestlemania to a broader audience.

Mr. T was even brought back for Wrestlemania 2 (for a mildly entertaining boxing match with Roddy Piper), as were a bunch of NFL players.  My goddess, Elvira, “Mistress of the Dark” was even a color commentator for the main event between Hulk Hogan and King Kong Bundy!

Truthfully Wrestlemania has always been more ‘spectacle’ than ‘wrestling event’.  For me, some of the celebrities worked.  Donald Trump, Bob Uecker, Vanna White, and Mike Tyson were fun parts of their respective shows.  Some celebrities were dreadful, like Run DMC, Snooki, and Maria Menounos (sorry, she pinned The Glamazon, which is unforgivable).  But they have always been part of Wrestlemania, so much so that there is even a celebrity wing of the WWE Hall of Fame!

That tradition continues to this day, it’s just that recently the “stars” are usually INSIDE the ring, not outside of it.

I general have no problem with this approach.  We really don’t need a “guest time keeper”.  And if you are to believe Larry Matysik’s recent publication “The Top 50 Wrestlers of All Time”, Wrestlemania 29 will feature 6 of the top 50 best wrestlers ever (8 if you count Bruno Sammartino’s and Bob Backlund’s inductions into the WWE Hall of Fame).  That sounds pretty remarkable to me.

I know the main roster gets supplanted to a degree, especially the middle card guys.  I feel badly for some of them.  Daniel Bryan has been remarkable this past year.  Sheamus is a star.  Ryback is fun to watch.  But let’s face it; are people flying from British Columbia, or Germany, or Ireland to see Dolph Ziggler vs. John Cena in the main event of Wrestlemania?  Not when they are giving that match away on RAW.

So I don’t blame Vince for reaching into his past to sell a show.  The real question is, are the RIGHT people competing in these matches?  Are we still interested in their characters?

Most people really like the Rock, and for the most part I am a fan, although I wonder if I am more in love with the “memory” of the Rock than the actual product right now.  I don’t really love his promos.  It’s one catch phrase after another.  Each one feels the same.  Wash.  Rinse.  Repeat.  Plus it’s a little weird to be watching “Journey to the Center of the Earth 2” with my son and then later that night watch Rocky cut a promo in the middle of the ring.

Admittedly that’s probably a generational thing.  I didn’t grow up seeing my favorite wrestlers all over the media.  I know Hulk Hogan eventually crossed over and made his way into movies, but we know how well THAT worked out.  (In fairness, the ‘No Holds Barred’ blu-ray does make a good coaster).  For me, just by the nature of the business, wrestlers are already film stars.  They are already giant action heroes.  I don’t really want to see Randy Savage in a new film; I want to see him defending the Intercontinental title.  That’s enough drama for me.  (I’m obviously not talking about Jesse Ventura.  He was awesome in ‘Predator’!  What a great movie!)

So I’m still not sure what to think of this version of the Rock.  Brock Lesnar is also an interesting case.  I did see him get his lights punched out several times in UFC.  Does that hurt his credibility?  Hmm…sort of. I know he could kick MY ass but is he a total wrecking machine?  Is he invincible?  (Speaking of the original Human Wrecking Machine…did Zeus ever actually win a match?!?  Really, he couldn’t beat up Barry Horowitz one week and send him to the hospital just to sell the character?)

The Undertaker comes back for one match a year.  I’m a little sick of that as well.  For me that is almost worse than the Rock.  I know why Vince brings Taker in every spring, and I guess most people look forward to his one match every year.  Not me.  I have been very vocal in the past about not liking “The Streak”.  A fabricated winning streak doesn’t excite me.  I respect the Undertaker’s matches and I certainly admire his career, but I would like to see C.M. Punk get his hand raised in New Jersey.

C.M. Punk breaking “The Streak”, now THAT would be exciting.  I think he’s the right guy to do it.  I actually think he deserves to be the one.  Imagine the WWE without him.  He has managed to transform himself into a unique, interesting, riveting character who commands your attention in the ring.  Does he need to break the Undertaker’s streak to remain on top?  Of course not, but I think his career is more interesting as a result.  It’s certainly better than 21-0, or 30-0, or 500-0.  Plus wouldn’t the rematch next year be exciting?

Apparently there is talk about Rock vs. Lesnar at SummerSlam, or next year’s Wrestlemania.  I would like to see that match, but if it means that both guys will be gone a week later, what is the point?  What is the historical importance?  I know it is the job of the writing team to build this anticipation.  Can they continue to do that with part-time talent?

You gotta hand it to John Cena.  When he says “The Champ in Here”, he may not always be the “champ”, but he is always there.  That is to be respected.  Unfortunately by the time Rock and Cena finally locked up in Miami last year, I was a little burned out from 12 months of waiting for it.  It was a good match, but it wasn’t “Steamboat – Savage”.  I do think the second encounter will be better; at least the WWE championship is on the line.

I do think Wrestlemania 29 will be a great show.  But there’s no doubt that by booking a show like this sacrifices part of the WWE’s future.  Vince is using an old formula to sell this show.  I just hope there are some new stars that will be given a chance to headline Wrestlemania 30.

Related Itemsjohn cenaThe Rockwrestlemaniawwe
← Previous Story AS I SEE IT – A Look Back at Iconic Wrestling Venues
Next Story → OWW’s This Week in Wrestling – March 24, 2013