Home / Columns / How To Destroy A Tag Team Division

How To Destroy A Tag Team Division 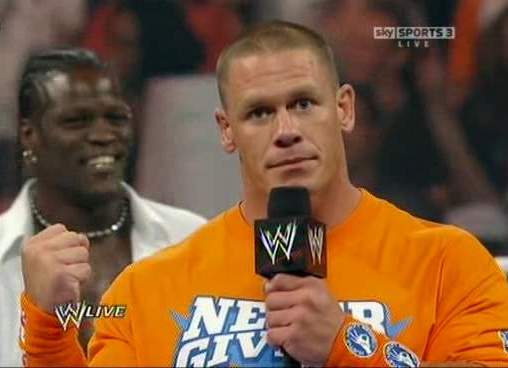 Sunset Flip Presents
How To Destroy A Tag Team Division

This week I want to take a look at ways to destroy a tag team divison. Many people may say the easy answer is have David Otunga and John Cena win the titles. While I agree, that is a good argument, there are other factors because, let’s face it, Cody Rhodes and Drew McIntyre were miles better but still not helping the tag team division.

Another way to destroy a tag team divison is to have tag teams, in general, lose in handicap matches. Being in an established tag team should mean that these two men are so tough, beating them as only one person should be next to impossible. Some may argue the Cena/Otunga title win could be considered an handicap match win and I would agree. Cena did all the work and once again the two people looked terrible. No one benefited from the situation, except maybe John Cena.

The lack of credible challengers also hurts the tag team divison. For example, remember when the Usos got a tag team title shot against the Hart Dynasty? Some people do not realize until that title match, the Usos did not even have a tag team win under their belt with exception to a 6 person tag team match. So why should they have even gotten a tag team title shot? Of course, the same can be said about the Otunga/Cena win as well.

Ironically, the three reasons I wrote today were all used when David Otunga and John Cena won the tag team titles. Will things get better? Probably not. In fact, I see getting much worse. Other ways to kill a tag team division include the incredibly idiotic “Freebird rule”, which is when a person who did not win a title can defend it (that doesn’t even sound like it makes sense). I could see Nexus doing that stupid rule.

Check out the Zack Ryder Appreciation Show at sunsetflipwrestling.podomatic.com and the show also include the first Disney MagicMix Radio Draft.