Home / Miscellaneous / Hulk Hogan gearing up for a return?

Hulk Hogan gearing up for a return? 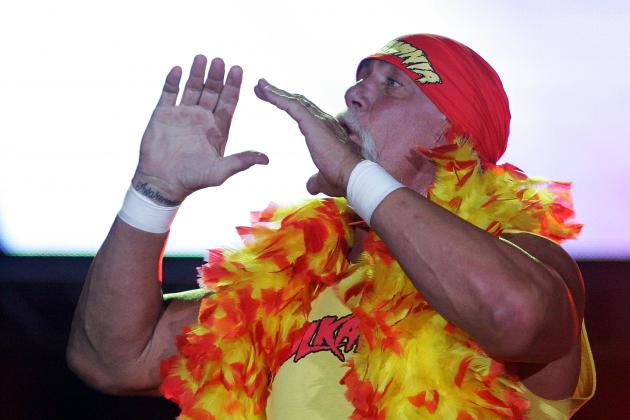 Well, this sounds deeply intriguing. Per a recent report, Hulk Hogan has been pushing for a match against John Cena at next year’s WrestleMania 31 event.

As Dave Meltzer notes in this week’s (subscribers-only) Wrestling Observer Newsletter, the Hall of Famer is keen to work with Cena at the Santa Clara show.

“Hulk Hogan has pushed for a match with Cena,” Meltzer writes. “If he’s willing, and can pass the physical, they could do a retirement match. Hogan hasn’t wrestled at a WrestleMania since 2003 and will be almost 61 at match time, so if he can’t do it this year, that should be it.”

To many fans, Hogan vs. Cena is a dream match. To see two of the biggest babyface stars in wresting history face off in a singles bout at WrestleMania would be quite the spectacle—and likely a huge draw on pay-per-view.

No wonder Hogan is eager to do the match. It would be the ideal platform on which to end his legendary in-ring career. Certainly, it’s rather depressing to think that his last-ever in-ring bout was in the underachieving TNA promotion.