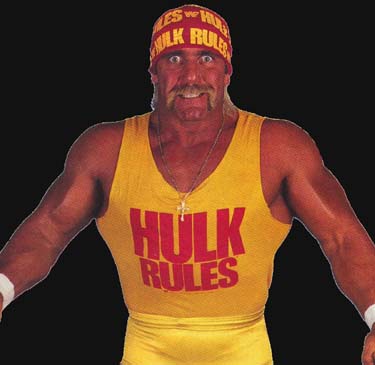 Fighting Spirit Magazine is featuring another quote from a recent interview with TNA’s Hulk Hogan where he is asked to respond to a recent promo by CM Punk on WWE television where he said, in character, that guys like Hulk Hogan and Bruno Sammartino “had it easy” during their respective reigns as WWE Champion.

“CM Punk never had to walk into a dressing room where he wasn’t supposed to be. He never walked into Kansas City, where Harley Race was the champion for 20 years, where Harley had told all of his friends and neighbors that he was the only heavyweight champion, because he was the NWA champion. CM Punk never walked into Kemper Arena and had Harley Race put a gun to his head and say, ‘Get out of my town, kid’.

“So, does CM Punk have it easier than me? When I was flying 300 days a year, doing double-shots (Editor’s note: two shows in one day), and there was no Rock and no ‘Stone Cold’ around, but just me (as the main event guy) for the first 15 years? During the day, I was flying from New York and stopping in St. Louis, taking a TV station manager out to lunch, and then in the afternoon getting to the building early in another town, like Chicago, and cutting a TV deal before wrestling that night. So, no, I don’t think I had it easier than him.”

To view the full article: