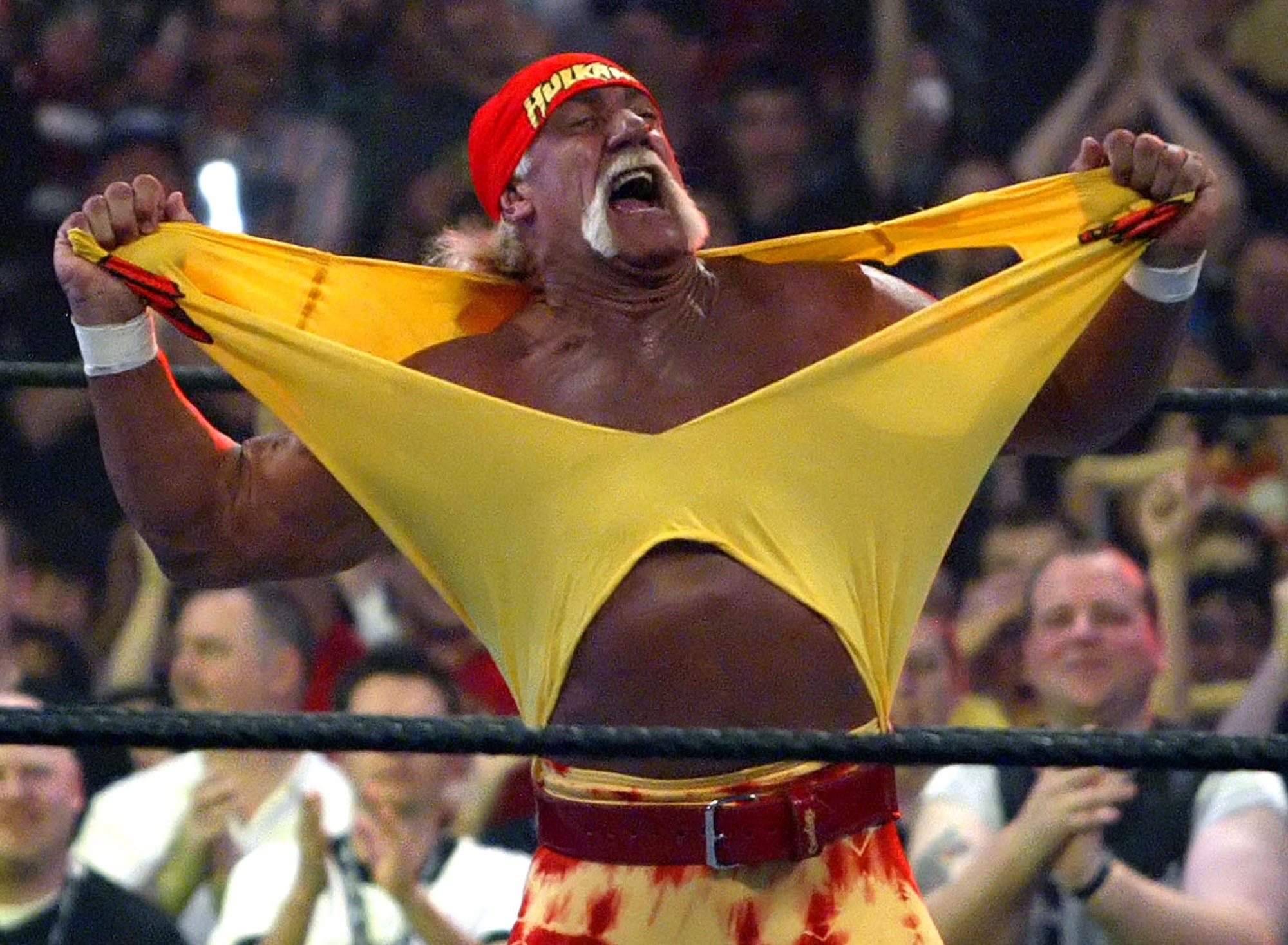 After a 35 year run in the wrestling business, Hulkamania is still running wild. With the power of the WWE Network, Hulk Hogan and his legacy are living on and will for a long time to come.

Just over a week ago, the Hulkster was back on the biggest stage in the WWE — WrestleMania 31 — where he and his nWo cohorts got involved in the match between Triple H and Sting as they confronted DX in a turn-back-the-clock moment for the ages.

Now at the age of 61, the latest version of Hulk Hogan is a different one; more relaxed, more about enjoying the moment. But that doesn’t mean he isn’t thinking about what could be next for him in the WWE including one more match or maybe even one more run.

You can imagine how many stories Hogan has from his legendary career in the wrestling business. This Saturday night, fans can hear some of them and ask questions to the Hall of Famer in person as part of Hulk Hogan: Uncut, a special Q&A that will be hosted by his good friend the “Mouth of the South” Jimmy Hart. It’s part of MegaCon 2015 at the Orange County Convention Center in Orlando, FL this Friday – Sunday where you can meet Hogan along with other guests from the world of comics and science fiction.

Recently, I spoke with the Immortal One about coming to MegaCon, being a part of WrestleMania, what is next for him in the WWE and trying to avoid any craziness in his life.

Brian Fritz: You have a huge fan base which is very loyal and so passionate. They’ve been with you for a long time now as you’ve been in the wrestling business for about 40 years now. Why do you think your fans have stuck with you so long and continue to be so loyal and passionate?

Hulk Hogan: I think they, first off, fell in love with the character Hulk Hogan, the all-American guy going against the Iron Sheik when it was a perfect storm when the U.S. was at odds with Iran I think. The character served well for what the storyline was pointing towards. So I think it was kind of the perfect storm of being in shape with the tan, saying I was from California and being plugged in to the right thing by Vince McMahon. I think that put me at a higher level than I could have achieved by myself by building my house one brick at a time. I think I got a launching pad right out of the shoot and that’s not counting the six or seven years I wrestled before. But from that point on I think people just fell in love with the character and then I was really consistent. When they came to see Hulk Hogan wrestle, I delivered a performance that was consistent with a main event performance. I got to be tangible and the people kind of knew me and felt like they could reach out and touch me. I wasn’t a distant star like an Angelina Jolie or Brad Pitt or somebody like that. They just became loyal to the character and the man behind the character because they figured out I was a human being and survived all the ups and downs and were loyal to a fault. I think it was a combination of all that stuff.

BF: And the think is too when you talk about being loyal to the man, when you turned heel and joined the nWo, fans at first hated you for that. But then it came the cool thing. You look back it now and the many lives of Hulk Hogan people have stuck with you and then with you going back to the red and yellow and Hulkamania afterwards. Are you even surprised that the run has lasted this long, especially with your overwhelming popularity to this day?

HH: Yeah I am. I thought for sure, by now, there’s been three or four generations that have come along and been handed the football and everybody carries it differently. (John) Cena carries it differently than Stone Cold or The Rock. I thought for sure there would be somebody would kind of carry the football like Hulk Hogan did and pretty much step into my shoes but it hasn’t happened yet. It’s been really cool that I got so well established. I think it’s at a point now that no matter what happens, the name Hulk Hogan will be around for a long time because it’s just been etched in stone. The WWE is very supportive with the network. The word immortal becomes true now because even if I was to pass away this instant you can still watch my matches for year to come on the network. It’s been a really cool spot to live forever.