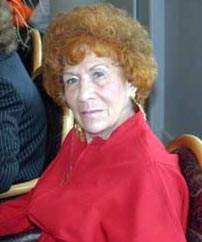 Mike Aldren wrote (On January 21, 2010): Sad to report that 1950s lady wrestler Ida Mae Martinez Selenkow passed away in Maryland on Monday at the age of 78. She led an inspirational life. After being abandoned by her mother, she ran away from abusive guardians and dropped out of high school at the age of fifteen. Selenkow then married at age 17. She recalled: “I had gotten married at seventeen in Connecticut, and we decided to head to Houston, Texas at the suggestion of a friend of my ex-husband since we needed jobs. We went to the five and ten store and bought a 26-inch suitcase for $4.99, then bought one-way bus tickets to Houston. We both got jobs at the Lone Star Comforter Manufacturing Co. I didn’t like it, so I got a job at a small cafe in the Alameda area of Houston. I was a hard worker and moved fast. A wrestler, his wife and little girl came in for lunch and dinner occasionally. His name was Larry King, kind of a local guy. One day when they came in, he said to me, ‘Would you like to wrestle?’ I said yes… and I don’t know why. I didn’t realize it, but I had always been wrestling with life, the guys at school or anybody who wanted to fight.”

“He told me to meet him at the Auditorium in downtown Houston at 7:30pm. I watched the matches and I liked the rough and tumble I saw. There were two gals wrestling that night: Johnny Mae Young and Gloria Barattini. I just knew then that I had to be part of it. I met [women’s wrestling promoter Billy Wolfe in his hotel and the room was filled with lots of hopefuls. I guess that is what you would call them. He had hired Ruth Boatcallie and then he looked at me and said, ‘What can you do?’ I was a skinny sort of kid, but I was athletic and an acrobat. I put on a suit and did a couple of hand springs–backwards and forwards–and then I laid on my back and kipped to my feet in a standing position. That seemed to impress Billy and I was hired instantly.”

Wolfe invited her to train at his school in Columbus, Ohio. She couldn’t afford the bus fare but her new friend Boatcallie loaned her money. “That was a big turning point in my life… I was on my way. I forgot to tell you that I was sitting in a booth across from my then husband one night when we were discussing all of this. We had done nothing but fight since we were married. He said, ‘I want to know one thing: do you want me or not?’ I immediately without hesitation said, ‘No, I don’t’. He walked away from the booth and I never, ever saw him again. I heard that he died from alcoholism at the age of 45.”

For the next decade Selenkow traveled around the world wrestling in various territories. She said her career highlight was becoming Champion of Mexico in 1951, a title she held for almost a year. “I was always very critical about myself and was never completely satisfied with my physical condition. I always wanted to get better and better. I worked out 2-3 hours a day when possible in a gymnasium. In every [country] where I wrestled — Canada, Mexico and the U.S.– fans demanded another appearance. So I ended up on many radio and TV shows all over the country.”

Selenkow retired in 1960 after remarrying a successful businessman in Baltimore. The couple had two daughters, Ryan and Traci. “I had two beautiful daughters, born in 1961 and 1962,” she said. “Both are married and are leaders in their own careers. My oldest, Ryan, is a Professional Nurse Executive and mother. My younger girl, Traci, is a Telecommunications Senior Systems Analyst and also a mother. I stayed at home with my daughters, assisting them with good values and giving them lots of love.”

In 1971, she earned a GED certificate and continued to pursue her education gaining an Associate’s Degree in Nursing in 1975, a Bachelor’s Degree in 1980, and a Master’s Degree with Honors in 1990 all at the University of Maryland. Her work focused on home treatment of AIDS patients and she wrote a paper called Coping Behaviors of AIDS Patients, Families and Communities, which became part of medical literature.

Selenkow also had a love music and was a member of the Western Music Association. She appeared on The Rosie O’Donnell Show as a yodeler in1999, and later released a yodeling CD, The Yodeling Lady Ms. Ida. Throughout her later life she remained close to the wrestling business and was a member of the Cauliflower Alley Club, and was a regular attendee of the Gulf Coast Wrestlers Reunions in Mobile, Alabama. She featured in the highly acclaimed 2004 documentary, Lipstick & Dynamite, Piss & Vinegar: The First Ladies of Wrestling. Her appearance in the film, along with Mae Young and the late Fabulous Moolah, demonstrated how popular women’s wrestling was in the 50s and 60s. It also showed the difficulties encountered by the lady grapplers of that era.

In 2006, the Professional Wrestling Hall of Fame awarded her the Senator Hugh Farley Award for her contributions in and outside of the ring.

When asked what she liked most and least about in the wrestling business, she once said: “I loved the challenges and I loved to travel. I liked the bright lights and roar of the crowd. I travelled approximately 100,000 miles a year. Quite a bit of it I travelled alone. I loved meeting some wonderful people along the way… The wrestling business itself was great. But I didn’t appreciate the false gossip from some of the male wrestlers. Some were real gentlemen though. The betrayal of so-called “friends” and being used by some of the gals you thought might be your friend after wrestling was despicable. The injuries were tolerable. I had fractured ribs, sprained wrists, ankles and fingers, and dislocations. The physical bruises disappear. It was the emotional/mental abuse which remains. I may sound angry, but I’m not really. In spite of it all, it was a growing, learning experience.”