My ideal booking for the Tables, Ladders & Chairs PPV 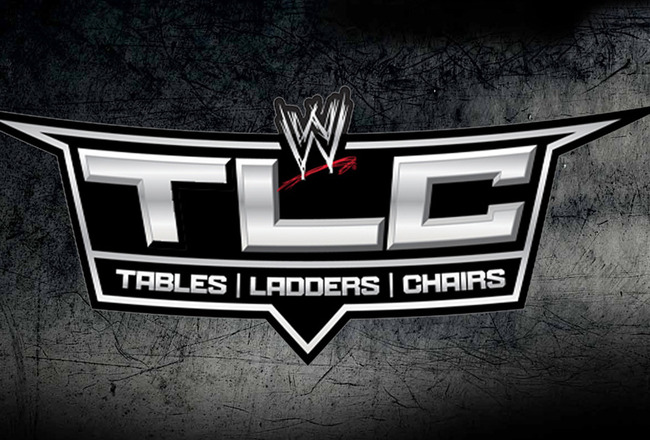 Now I don’t know the order nor the matches that are set in stone for this PPV but I want to make a match card and explain how I would book it. These may be wrong and not the brightest.

TLC Match For Both WWE and World Heavyweight Titles: John Cena Vs. Randy Orton
Many people think this is the unification match for both titles but I would say you’re wrong. I see this as what it should be. Cena goes on to win it; He holds both titles until WrestleMania 30. Randy Orton wins the Royal Rumble and challenges Cena to a unification match at WM 30. The winner is the “Undisputed Champion” of the WWE. I would have John Cena go over to make the title prestige once again and they would go on to feud over the title. It gives both men a mission and a storyline for the next couple months.

Alberto Del Rio Vs. The Big Show For the Right For the Big Show to face Triple H at Royal Rumble PPV.
For months now the rumor as been Big Show and Triple H will get a match together down the road. Most of the past couple months have felt like that with Big Show being broke storyline and Triple H costing him the WWE Title at Survivor Series. With Del Rio kicking him in the head and probably a concussion storyline on Raw. This will make sense to have all men have a program. Big Show blames the “Authority” AKA Triple H for not letting him compete for the next two weeks. Then the stipulation is added.

CM Punk, Daniel Bryan and Rhode Brothers Vs. Wyatt Family, Roman Reigns and Seth Rollins in a 8 Man Tag Team Table Match
Punk and Bryan was taken out by Both Wyatt Family and The Shield on Raw. The Rhode Brothers already have a feud with The Shield. Have the Rhode Bothers come to their rescue and they team up in a match of the night candidate. Have Reigns spear one of them through a table and continue this feud between Punk and Bryan Vs. the Wyatt’s.

Tornado Style Chair Tag Team Match: Mark Henry and Big E. Langston Vs. Curtis Axel and Ryback
On this past week’s Raw we saw Henry and Langston tag up. They were dominating and for some odd reason WWE keeps the former “Heyman Guys” together. All four men have a history so why not let me go at it. Have Henry and Langston in a dominate style

Ladder Match: The Miz Vs. Kofi Kingston
It’s the opening match or Pre-Show match. Let them go out and burn down the house. Have Kingston go over to further more make Miz mad and push him closer to being a heel.

Divas Title Match: Brie Bella Vs. AJ Lee ©
They been teasing for Brie to finally beat AJ and at this PPV let her go over. New Champion!

Do you agree? Disagree? Or even think these matches happen. Let me know.

Thanks for reading and check out my new site: Column Corner-http://columncorner.weebly.com/