Home / Columns / If John Cena is the hero then who is the villain?

If John Cena is the hero then who is the villain? 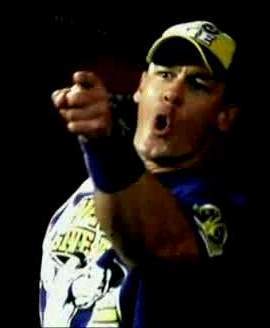 Batman & The Joker, Harry Potter & Voldemort, Superman & Lex Luther. What do these individuals have in common? Batman, Harry, and Superman are heroes and the Joker, Voldemort, and Lex are villains. However, there is something else about these six personalities and that’s there all intertwined with one other. Batman wouldn’t be a great hero without the Joker and the same with Harry and Superman arch villains. I bring up this discussion because of wrestling’s own “Superman,” John Cena.

Wrestling fans have consistently called John Cena, “Superman” because he can take a thrashing for long periods of time and find the strength to overcome the villain.  Over the years, Cena has gone through battles for the purpose of “hustle, loyalty, and respect.”  However, with that said, who is John Cena’s, Lex Luther, or Joker? People might say, Edge, or Randy Orton, but I don’t believe that to be true.  For instance, when I think of Stone Cold Steve Austin, I immediately think of Vince McMahon.  When I think of John Cena, instantly, I see colorful shirts, rapping, and the most hated face of this generation. With that said, it’s not taking anything away from the success, John Cena has been for WWE. Once his time has passed, there’s no doubt, he’ll be remembered for his hard work and contribution to the sport. However, who is his defining opponent in and outside the ring.

One can see what makes John Cena a hero. However, what clearly defines a wrestling villain? For one, the villain must be intelligent or else, he/she wouldn’t make an effective villain.  Secondly, his/her words must have an impact on the audience. The words spoken must be a mixture of truth and more truth. Why ? So you the villain can twist the truth to your desire.  Don’t go in the audience world, bring them into yours. Thirdly, your look must be something unique, rare, and separate from previous villains.  Fourth, your wrestling ability must be well rounded in every style of wrestling. Going to back to intelligence, with being well rounded, you always have an ace up your sleeve. Finally, your theme song must be extraordinary and be appropriate for your character. For instance, who will ever forget “The Rock’s” nation of domination theme song? It was perfect for his villain role and was simple.

C.M. Punk is that villain. C.M. Punk is a manipulative, pompous, genius. Examples of these characteristic, are his feuds with Rey Mysterio and Jeff Hardy. Punk took parts of their personalities and twisted their values for his benefit. Observe the smackdown segment with Rey Mysterio family and C.M. Punk, there you have the purest example of his villain character. In addition, examine the segment with Punk and Hardy, and focus on Punk pluck away at Jeff’s character.

I started this column off discussing fictional characters because I wanted to show strong examples of a hero and villain. You might say, what do these characters have to do with wrestling? The element of heroes and villains are clearly defined in wrestling. Heroes like Hulk Hogan, Ricky Steamboat, John Cena and villains like Ric Flair, Triple H, C.M. Punk. I know people; will say other wrestling heroes already define C.M. Punk, but a villain hasn’t defined John Cena. John Cena is a great competitor and one of the greatest of all time. On the other hand, who is his defining villain? I say C.M. Punk needs to be John Cena’s ultimate villain. Punk represents everything a villain is about and is proud of that fact. I believe C.M. Punk is the Lex Luther to John Cena’s “Superman.” Then again, that’s what I believe, who do you believe is his villain.

If you appreciate exceptional wrestling discussion, check out the alternative to traditional pro wrestling radio at: sunsetflipwrestling.podomatic.com Check out this week discuss on ROH “Best in the world 2011.”

Related Items
← Previous Story Another WWE Black Eye… Literally!
Next Story → AS I SEE IT: Tournament of Death Results