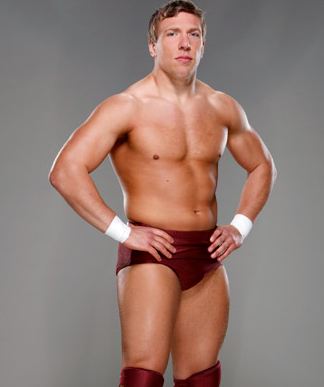 I was reading last week’s Wrestling Observer Newsletter and got interested by the backgrounds of the guys. It got me thinking of an interview Triple H gave a few months ago saying that he preferred having guys with no wrestling experience so they would not be influenced by what they previously learned. He didn’t say that out right, but it was strongly implied.

What struck me the most is that as much as WWE wants to get the best athletes out there, sometimes even dissing the indy level guys, the fact and the matter is most of its roster come from indy wrestling.

Indy wrestling should be a background on its own. If WWE signs someone based on his athleticism he got playing football, well it signs an indy wrestler based on what he can do in the ring and his wrestling experience.

From this year’s list, 17 people have a football background (that includes Summer Rae‘s Lingerie football) and 15 have an amateur wrestling background. Historically speaking, these are the two backgrounds where a lot of top stars came from.

After that, the category with the most people in is modeling with 7!

Basketball has 4, but it counts Kane, Big Show and Undertaker and they were hired in another era and not because of their basketball careers.

They have Mark Henry who was a World class athlete but never a top worker. You can see that Charlotte‘s volleyball and gymnastics backgrounds help her. They have a few former cheerleaders, bodybuilders and one baseball player.

Football has The Rock, Wyatt, Reigns and Cena, although Cena did some indy wrestling before signing. Amateur wrestling has Del Rio, Swagger and Brock. And Del Rio had years of experience in Mexico before coming over.

To me being second/third generation wrestler is not really a background category in the sense that it’s not something you choose to be. It’s a chance some of them have. That being said, I agree that if you grew up living and breathing this business, it might help you down the line, perhaps as much as anything else, and it shows with people like Orton, Del Rio, the Rhodes, Natalya and Paige.

If a few years ago WWE had more of them, there are 16 second/third generation wrestlers right now, far less than indy guys.

Another interesting thing to look at are the backgrounds of those who have been cut or simply left in the past two years or so.

(I may have missed a few, but it wouldn’t change the big picture)

(Audrey Marie, not sure of her background but it wasn’t indy wrestling)

In total, 15 were former indy wrestlers and 14 came from other backgrounds.

But from the 15 with indy wrestling experience, six of them came either from England or Japan and three were women.

After looking at these numbers, one can wonder why so many women and so many wrestlers from overseas were cut or left.

The best guess would be that it’s costing more for WWE to keep an overseas wrestler in Orlando, rather than an American or a Canadian wrestler for that matter. So if they lose faith in them, they might be future endeavored faster than someone from North America. That is one reason why, in a perfect world, there should be an NXT-kind-of promotion in England and in Canada, but that’s another story for another time.

The women situation is different in the sense that first of all, there are not as many spots available. If WWE doesn’t see a potential in them to wrestle, being valet (which is barely use these days), ring announce or being on Total Divas, there’s no point in keeping them.

There’s also the issue that women have a lot more demands to do stuff like magazine’s photo shoots and other stuff that WWE doesn’t allow them to do under contract.

With hundreds of indy promotions throughout the US and Canada, what is generally known as an indy wrestler is a man wrestling in one of those promotions and only 6 of them, out of 29 people, left or were cut from WWE recently.

So with that in mind, the bottom line is this. As much as WWE wants to say football-player-kind of athletes and world caliber athletes are what they are looking for, the reality is different and indy wrestlers with experience coming to NXT will always be needed.

WWE might ask them to change their style, the infamous WWE style, but I can’t see a time where the NXT roster will consist only of people from outside the business.

With the Performance Centre and the number of trainees they want there, it gives strength to that theory.

There’s always going to be a big turn-over, especially for women as the past two years show. But this is a reality that every sports have. How many prospects are drafted in baseball or hockey, how many are replaced by new prospects who’ve just been drafted and how many of them actually make it to the big leagues.

Knowing that WWE will continue to look at them should give indy wrestlers a reason to keep hanging there, to improve, and for youngsters a reason to try pro wrestling. Instead of having only 40-50 spots to fill on the main roster, NXT allows them to double or triple that number.

I understand you can make numbers say what you want, but I think it’s a fair statement and it would be foolish for WWE to think otherwise, to think they don’t need indy wrestlers.

Pat Laprade is the co-author of 2013 Wrestling Observer Newsletter book of the year “Mad Dogs, Midgets and Screw Jobs”. To comment or react to this, don’t hesitate to contact Pat at [email protected], on his Facebook page at www.facebook.com/patlaprade or on Twitter at www.twitter.com/patlaprade.