History of the Chain Match 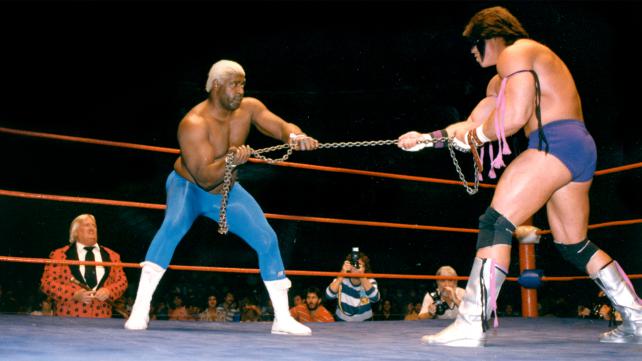 In a Chain Match the wrestlers are chained by their wrists at opposite ends of a chain. The restraint, and anything tied to it, can be used as a legal weapon. Because the restraint can be used as a way to choke the opposing wrestler, submissions are typically not permitted. A disqualification occurs if either wrestler frees themselves from the restraint before the match is won. There are often two ways to win: pinfall is permitted, or alternately, the first to touch all four top turnbuckles in succession wins. (Courtesy in part of prowrestling.wikia.com)