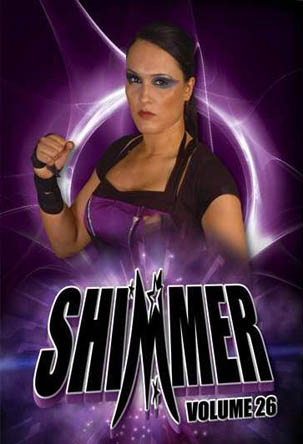 SINGLES MATCH [ WATCH ONLINE ]
Jetta (w/Rain & Lacey) vs. Daffney: Jetta & Rain came out wearing their one-piece pajamas (pretty hot, actually) led to the ring by their ultra saucy manager, Lacey! It was the UK’s Jetta taking on former WCW scream queen Daffney in the opening contest. Unfortunately Jetta didn’t wrestle in her PJ’s, but ‘note to self’ – let’s book a RIP OFF THE PJs match. Rain isn’t an official manager so she was sent to the back. The Home-wreckers like to bring water bottles with them to the ring; I guess, so they can stay hydrated during the match. Well eventually Lacey got up on the apron and tried to spit water into Daffney’s face, but missed and temporarily blinded Jetta. Daffney grabbed the bottle and took a drink herself, then spit it into Lacey’s cute face. This brief loss of focus allowed Jetta the time to recover and hit the Lung-blower and finish her with the Stranglehold.

TEACHER VS STUDENT MATCH [ WATCH ONLINE ]
Daizee Haze vs. Rayna Von Tash: Rayna is a hot curly red-head straight out of a classy burlesque show. She is the type of girl that dreams are made of, but don’t make the mistake of assuming she’ll rely on her looks to get over. She was trained by Daizee Haze specifically for the SHIMMER environment. Rayna is the first graduate of the SHIMMER wrestling academy, and I guess you could call this her final exam. Daizee worked with Rayna and taught a few hands-on tricks before pinning her shoulders to the mat. The Haze gave her student the seal of approval by raising her arm after the match.

FOUR CORNER SURVIVAL [ WATCH ONLINE ]
“Girl Dynamite” Jennifer Blake vs. “The Rate Tank” Kellie Skater vs. Jessie McKay vs. Melanie Cruise (w/Annie Social): Three of the participants in this match are skinny, young, spitfires – and then there’s Melanie Cruise. I have a lot of respect for the two Aussies (Skater & McKay), and I am a little bit in love with the Canadian (Blake), but I thought it was Cruise’s time to shine in this match. I was shocked when I saw Jessie McKay walk away with the victory after pinning her Australian rival Kellie Skater. This was notable because Skater defeated McKay on Volume 24, so now they’re somewhat even.

TAG TEAM MATCH [ WATCH ONLINE ]
Nikki Roxx & Portuguese Princess Ariel vs. The Experience (Lexie Fyfe & Malia Hosaka): Nikki & Ariel kinda grew up in the business together as both ‘friends’ and ‘enemies’…. one of them soared to great success, while the other became a champion of mediocrity. The Experience are focusing their sights firmly on the SHIMMER tag team belts. I experienced the second shocker of the show when Ariel pinned Lexie to win the match! Now it looks like Nikki & Ariel will climb the ranks of the tag team division.

SINGLES MATCH [ WATCH ONLINE ]
Rain (w/Lacey & Jetta) vs. Tenille: Tenille pinned Jetta in an upset on Volume 25, so the Home-wreckers were looking for revenge here. They did get a measure of revenge when they triple-teamed the super-cute Tenille after that match. They also wanted to stop Tenille from using them as a stepping stone in building her reputation. Lacey & Jetta came out with Rain, but Jetta was sent to the back. Tenille has grown up so much so quickly that she can work pretty good with a veteran like Rain. Tenille hung in there for a long time, but she couldn’t contend with Home-wrecker Lacey interfering and helping Rain pick up a victory.

TAG TEAM MATCH [ WATCH ONLINE ]
Mercedes Martinez & Serena Deeb vs. Sara Del Rey & Amazing Kong: It doesn’t get any bigger than this – four of the best female wrestlers in the world clashing in one tag team match. To give you a time-frame, this match features Serena Deeb right before she signed with WWE, which was when she still had long sexy dark hair. Not only is Serena incredibly beautiful, but she has a plethora of skill in the ring; these are two things the idiots at WWE failed to recognize during her stint with the company. It was a hard-hitting contest, which ended with Kong & Del Rey brutalizing Serena and finishing her off with a tag team double-team move! Add Kong & Del Rey to the tag team championship scene.

KNOCKOUT OR SUBMISSION MATCH [ WATCH ONLINE ]
Cheerleader Melissa vs. “The Croatian Panther” Wesna Busic (w/Annie Social): The previous match is going to feel like Swan Lake compared to this one. Melissa and Wesna have a long-standing feud going back to their days at ChickFight. The war immediately reignited as the brawlers went at it “like rabid dogs” (quote Allison Danger). They showed true fighting spirit for about twenty minutes before Melissa connected with an earth shattering forearm blow to the head of Wesna! The referee administered a 10-count and awarded this incredible match to Melissa by knockout! And so ends another chapter in the Melissa/Wesna wars. There is at least one more chapter to be written, because they are now tied 1-1 in SHIMMER competition. After the match, Annie Social jumped in the ring and got an Air Raid Crash from Melissa.

SHIMMER TAG TEAM TITLE MATCH [ WATCH ONLINE ]
Ashley Lane & Neveah (c) vs. The Canadian Ninjas (Portia Perez & Nicole Matthews): Ashley Lane & Neveah are two skinny blonde babyface ‘heartbreakers’ with a healthy dose of talent for the ring, but to me they are not believable champions – especially with many bigger, better, more experienced teams running around. Keeping an open mind, the matched up extremely well with the devious Canadian Ninjas, who were coming off a brutal feud with Allison Danger. These two teams put on a decent tag team match, carried by the superior skill of Portia Freakin’ Perez. They kept the action going steady until the Ninjas won with a pretty impressive Super-kick/German-suplex combo to capture the SHIMMER tag team championship fair and square! History is MADE! With Ashley Lane (aka Madison Rayne) going full-time with TNA it was the right time to drop the titles.

SHIMMER CHAMPIONSHIP MATCH [ WATCH ONLINE ]
MsChif vs. “Super Hardcore Anime) LuFisto: LuFisto is Super-Cute! LuFisto is Super-Awesome! LuFisto is Super-Over! But most of all, LuFisto is Super Hardcore Anime! In a segment earlier on the DVD, LuFisto kinda tricked MsChif into giving her a title shot by annoying her with a plethora of questions to which MsChif just kept saying “yea” while not paying attention. I remember when I first discovered LuFisto, years ago when she was competing as Precious Lucy in blood-soaked Canadian wrestling rings. She has certainly come a long way! There was no commentary for this match, so the action had to speak for itself. It’s kind of a tribute to the performers when the commentators go silent because that means they are able to tell the story in the ring. This match was another brutal encounter, focusing on submission holds as opposed to strikes. When stretching didn’t work, they resorted to throwing each other around on the floor. Next they did a couple of moves off the top rope but couldn’t seal the deal. When the dust cleared, MsChif retained her belt using the same move she uses to end pretty much all her matches, the dreaded Descrecrator – planting LuFisto face-first in the middle of the ring!