Wrestling Then & Now: The Movie 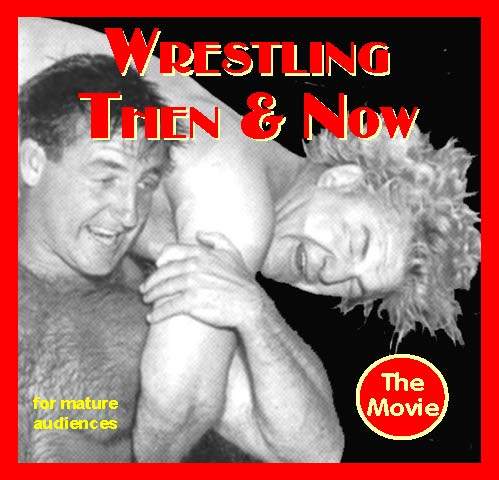 Wrestling Then and Now- The Movie was a fantastic documentary and the first of its kind coming from and focusing on the granddaddy of nostalgic monthly publications.  Evan Ginzburg has worked hard for well over twenty years, involving all the many colorful characters from pro wrestling as well as the arts like jazz, new world beat, and most forms of music.  Killer Kowalski and the late Tiger Khan and so many have been a part of WT&Now and are now further immortalized on film.   It’s a wonderful piece of history and art and I can’t wait to re-watch it all over again!
– Mike Lano, radio host and wrestling writer/photographer/historian from 1966 to current

“Wrestling- Then & Now- The Movie is a must see for both die hard fans as well as casual fans of the sport.”

WRESTLING THEN & NOW
“An Interesting, Entertaining and Informative Documentary. Evan Ginzburg intelligently shows perspectives from Pro Wrestling’s past performers, present performers, future performers as well as their fans. You don’t have to be a wrestling fan to enjoy this video, it’s that good!”
-”Your RoleModel” Ric Lieb
(Indy Wrestler & Co-Host for Smart Mark Radio)

“Wrestling Then And Now is a MUST for any wrestling fan. It was great to see my old deceased friends, Killer Kowalski and Tiger Khan.  It was also great to see Evan Ginsburg, Don Arnold and Jeff Archer!”

It was seven years in the making.
But it’s finally here.

Wrestling- Then & Now- The Movie is a documentary from noted underground film director Dwayne Walker and the Associate Producer of The Wrestler, Evan Ginzburg.

Go on the road with Evan as he talks to the greats of the sport in a film that has something for everyone.

If you’re a fan of “old school”- who better than the late, great Killer Kowalski, Nikolai Volkoff, and Don “Dr. Death” Arnold to show you the ropes as they talk about not only wrestling but their philosophies on life and the extraordinary experiences they’ve had travelling the world?

And if you’re a fan of today’s wrestling, see a young, outspoken Homicide, hardcore icon Lowlife Louis Ramos and indie stars from coast to coast like The Mambo King talk about all aspects of the sport:  injuries, “the road”, the women’s division, overzealous fans, the ever-present “paying dues,” and much, much more.

Plus one of the casualties of the wrestling game, Tiger Khan, talks about the path he was on- filmed just a few years before his untimely passing at age 33.

It’s a film that takes you deep inside the pro wrestling world- and particularly the real East Coast indie scene.

And for you fans of women’s wrestling, you don’t want to miss the clips of ultra stiff body builder, Kasie Kavanaugh, in her ring debut with former WWE worker Bryan Walsh. This is something truly different.

For a taste of the movie check out this You Tube link: http://www.youtube.com/watch?v=oZRl0NLR5q0

Multiple DVD extras add to this great value at only $20.00 including shipping and handling available from Dwayne Walker. Add $3 postage and handling for overseas orders.

Checks/money orders can be sent to:

Whether you’re “old school” or love the wrestling of today, you won’t want to miss Wrestling- Then & Now the movie. Order your copy today.

Listen to Director Dwayne Walker talk about Wrestling- Then & Now The Movie by clicking below: