Home / Behind the Scenes / JBL Interview with WrestlingIWF 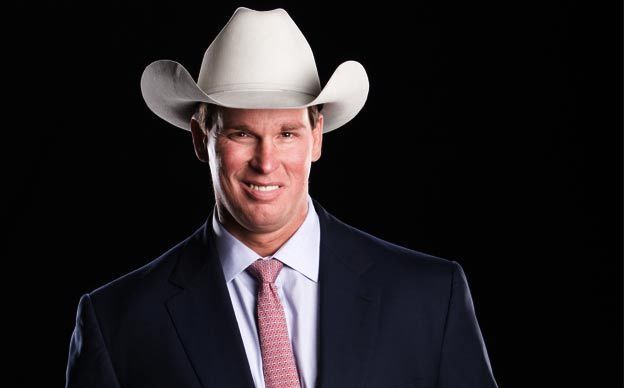 WrestlingIWF.com had an interview with JBL to get his thoughts on his new Energy products and his personal pro wrestling training experiences

IWF: Mamajuana and 418 Energy present a Pro Wrestling Seminar with John Layfield at IWF School in West Paterson, NJ. First, please tell us how your involvement with these energy products came about?

JOHN: I WAS WORKING ON WALL STREET AND HELPED A NUTRITIONAL COMPANY BUY ANOTHER ONE (COMPANY). IN DOING SO, I REALIZED AN OPPORTUNITY TO PARTNER WITH THE BUYER AND FORM A JOINT VENTURE TO DEVELOP TARGETED NUTRITION…THAT’S HOW LAYFIELD ENERGY WAS FORMED.

IWF: How do Mamajuana and 418 Energy differ from similar products on the market?

JOHN: MAMAJUANA IS A VIRILITY PRODUCT. “LIQUID VIAGRA” I HAVE HEARD THE ORIGINAL MAMAJUANA CALLED, WE HAVE CREATED SEX IN A BOTTLE. WE HAVE ALREADY AGREED TO NATIONAL DISTRIBUTION WE JUST HAVE TO WAIT UNTIL PRODUCT IS ON SHELVES IN STORES TO ANNOUNCE IT. YOU CAN BUY IT AT WWW.MAMAJUANAENERGY.COM. IT IS GETTING UNBELIEVABLE TESTIMONIALS. WE WORKED FOR OVER A YEAR DEVELOPING THIS. NO YOHIMBE AND NO GINGKO SO THERE WOULDN’T BE ANY PROBLEM GETTING PRODUCT LIABILITY INSURANCE, MADE IN AN FDA APPROVED LAB. 418 ENERGY IS MADE FOR GOLFERS, IT HAS A NATURAL ANTI-INFLAMMATORY BUILT INTO IT AND COGNITIVE INGREDIENTS…ALLWHAT GOLFERS NEED. THERE IS NOTHING LIKE 418 ENERGY, WE MADE IT SPECIFICALLY FOR GOLFERS.

IWF: Looking back, tell us about the early stages of your wrestling career and about your road to the WWE?

JOHN: I WAS BROKEN IN BY BRAD RHEINGANS…1980 GRECO ROMAN WORLD CHAMPION. I WRESTLED IN TEXAS, JAPAN, MEXICO, AND LIVED IN EUROPE FOR TWO YEARS WRESTLING THERE. I FINALLY MADE IT INTO WWE IN DECEMBER 1995.

IWF: During your training, who was most instrumental in your development and what was the most important advice you received?

JOHN: DICK MURDOCH ONCE TOLD ME WHEN I WAS ON MY WAY TO AN INTERVIEW “MAKE SOMETHING HAPPEN” AND THAT HAS BECOME MY PHILOSOPHY IN LIFE.

IWF: How long did it take you to “get it” and were there any defining moments that stand out when you truly understood what performing and the business were all about?

JOHN: I DON’T THINK I HAVE IT NOW. I WENT OUT THE OTHER DAY AND GOT LOST. I AM STILL WORKING ON GETTING IT. I HOPE TO GET CLOSE ONE DAY. SKANDOR AKBAR INGRAINED IN ME THAT THE MAIN EVENT HAD TO BE SPECIAL…IN EVERYTHING FROM DRESS, TO APPEARANCE, TO STYLE. JIMMY CROCKETT TOLD ME THE SAME THING OVER AND OVER…IT MADE AN IMPACT.

JOHN: IT’S THE ONLY WAY TO MAKE IT, THERE IS NO EASY ROUTE. I WISH THERE WAS.

IWF: This Seminar at IWF Wrestling School marks your first-ever lecture at a training facility for young hopefuls. What qualities and attributes separate an ordinary “independent” wrestler from a first-class “professional” wrestler?

JOHN: IF I KNEW THAT, I WOULD MAKE MILLIONS. GUYS WHO MAKE IT HAVE A PASSION FOR THE BUSINESS. THERE ARE A FEW EXCEPTIONS, BUT FOR THE MOST PART GUYS WHO MAKE IT LOVE IT. YOU HAVE TO LOVE WHAT YOU DO OR YOU WON’T BE GOOD AT IT. THIS BUSINESS IS NO DIFFERENT.

IWF: Many trainees and young wrestlers expect to make it to WWE after just a few months or few years of training. What are some things that young wrestlers need to keep in mind during the early years of their career?

JOHN: YOU HAVE TO LEARN EVERYTHING…EVERYTHING! TOO MANY THINK WRESTLING IS JUST ABOUT HIGH SPOTS AND PHYSIQUES. I HAVE CERTAINLY PROVED THAT WRONG AND I’VE DONE FAIRLY WELL IN MY CAREER.

IWF: With about 20 years of experience as a wrestler, you have seen countless wrestlers come and go. What are the keys to a prosperous wrestling career?

JOHN: STAY HEALTHY AND STAY OUT OF TROUBLE. I DID NEITHER, SO I GUESS BEING LUCKY HELPS OUT TOO. CONSTANTLY EVOLVE. THE BUSINESS IS DIFFERENT FROM WHEN I BROKE IN. THOSE WHO CHANGED WITH IT ARE STILL HERE, THOSE THAT DIDN’T AREN’T HERE.

IWF: Thanks for your time John! Registration for the John Layfield Seminar sponsored by Mamajuana and 418 Energy at IWF Wrestling School is underway. Pre-registration is required by April 27. For information visit WrestlingIWF.com.