Home / Behind the Scenes / “Iron” Mike Sharpe passes away 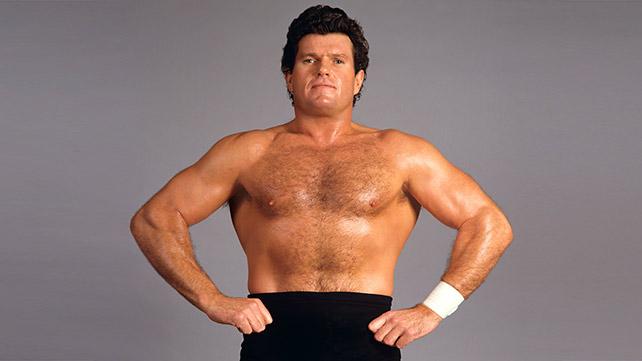 WWE is saddened to learn that Michael Sharpe, known to WWE fans as “Iron” Mike Sharpe, has passed away at age 64.

Long before “Iron” Mike Tyson entered a boxing ring, self-proclaimed “Canada’s Greatest Athlete” “Iron” Mike Sharpe was battering opponents in a wrestling ring. A second-generation Superstar whose father and uncle both competed in sports-entertainment, Hamilton, Ontario’s Sharpe was a champion in his native country as well as several regional American territories in the United States.

Managed by WWE Hall of Famer Captain Lou Albano, Sharpe used the mysterious (and often loaded) black brace on his right forearm to defeat opponent after opponent while simultaneously berating them. Sharpe’s winning ways were enough to earn him a WWE Championship Match against Champion Bob Backlund in Philadelphia in April 1983, a mere four months after his WWE debut. Like so many others, Sharpe was unsuccessful in defeating Backlund.

Sharpe then regularly competed on and off for both WWE and New Japan Pro Wrestling. Sharpe’s final WWE match occurred in 1995 against Billy & Bart, The Smoking Gunns.

Following his retirement, Sharpe had a school in Brick, N.J., where he trained many aspiring competitors. His students included former WWE Superstars Charlie Haas and Simon Dean (also known as ECW’s Nova), as well as WCW Superstar Crowbar.

WWE extends its condolences to Sharpe’s family, friends and fans.