Is Brock vs. Stone Cold at WrestleMania still possible? 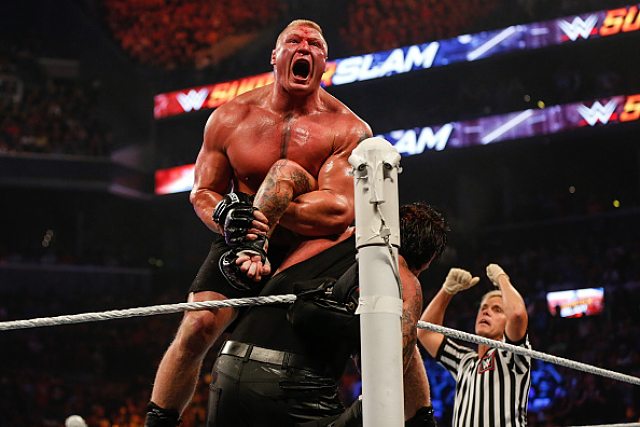 The last time Steve Austin teased the possibility of facing Brock Lesnar at WrestleMania 32, he was chewed out by Vince McMahon (via Steve Austin Unleashed h/t WrestlingInc.com).

Austin’s comments to Paul Heyman during a live podcast in June gave fans hope that they would finally see one of WWE’s last remaining dream matches. This reportedly drew the ire of McMahon because, according to Dave Meltzer of The Wrestling Observer Newsletter (h/t WrestlingInc.com), plans for Austin vs. Lesnar were not in the books for WrestleMania 32.

But during WWE Night of Champions last Sunday, WWE announced that Brock Lesnar would face The Undertaker in the main event of the upcoming WWE Hell in a Cell pay-per-view on October 25. Given the magnitude of this feud, which stems from Lesnar ending Undertaker’s WrestleMania streak, it’s quite surprising that WWE is looking to deliver such a big match (which will take place inside the confines of the Hell in a Cell) so early.