Home / Columns / the Cowhey Chronicles: It Better Be A Work!

the Cowhey Chronicles: It Better Be A Work! 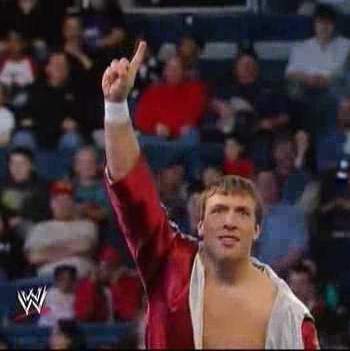 It better be a work…  But I think we all know it isn’t.

For those of you who have no clue what I’m talking about.  I’m talking about the news that broke last night that WWE released Daniel Bryan (Bryan Danielson).  For the hardcore fan, it was a day of celebration when we found out he was hired about a year ago.  And I’m sure like when I read the news, it felt like the worst day in wrestling history to find out he was released.  This release came less than a week after the biggest wrestling angle in years!  Here’s a link to the video just for a refresher:  http://www.youtube.com/watch?v=FPRqMsocD7c.

As soon as the news broke, wrestling fans claimed it was a work.  (Work is a wrestling term meaning part of the story)  But that theory has seemingly been shot down.  The story goes…  Someone complained that Daniel Bryan choking ring announcer Justin Roberts with his tie was too violent for children.  Personally I think that is a weak reason.  Although it does make sense.  As I don’t know Danielson personally, but it doesn’t seem like he would be released for a major Wellness Policy issue.  I do think, however, that it is stupid that they did this.

Since the premiere of NXT, Danielson has been the talk of the WWE Universe.  The show should have been renamed “The Daniel Bryan Hour.”  Then on Monday night we were treated to a fantastic angle and despite all the chaos surrounding it, Daniel Bryan was the most talked about portion of it.  Everyone was loving the fact that he choked Justin Roberts out and how he screamed “You’re not better than me!” at John Cena.  The footage of Danielson I’ve seen in the past, I know how intense he can come across and this was just the tip of the iceberg on Monday.  Now coming off of that angle they fired one of the best parts of it.  Now granted I’ve seen it happen in the past and the storyline still came off great, however not a awesome as it should have been.

However, I like most fans are still not buying it despite it being practically confirmed.  One of the main reasons is because of the reality of this storyline.  One of the first things fans pointed out is the fact that the release isn’t listed on WWE’s Corporate website, where it would have to be listed because of WWE’s publicly owned status.  My thought was basically this is Daniel Bryan’s “3rd Strike.”  He’s attack Michael Cole twice and so storyline-wise they would have to fire him.  I think the other reason why I, like many, can’t believe this story is because how weak the reason is.  I can understand WWE not wanting someone to be choked by a rope.  Hell, keeping on that reason Heath Slater looked to want to choke Cena with the loose rope but stopped.  So I can see that it was known fact not to do that.

However, he’s being fired?  I could see a suspension, but losing his job?  I know Vince McMahon said not too long ago that basically WWE chooses to use “ridiculous” weapons that kids don’t necessarily have access to.  So keeping on that reason, it makes sense.  But again…  Lose his job?  And considering what we have seen in recent months…  The Seamus/Triple H storyline was based on the use of weapons (crowbar and sledgehammer).  Both those items are found in the house as well!  So with that reasoning I can see that he is not truly fired, its still part of the storyline.

After reading Eric Garguilo’s blog, I agree with his theory.  “My gut instinct here says that this goes deeper than a protocol. My instincts tell me that Justin Roberts was not in on the WWE NXT invasion angle. I think that he either a) made a formal complaint to WWE H.R. or b) threatened the WWE with a major lawsuit. I can’t see the WWE having this strong of a reaction to this for any other reason.”  That makes more sense as to why he was fired.  Quite frankly, if that is the reason then Justin Roberts needs to find a new profession.  I ring announce almost exclusively now for WXW C4.  At the last event, which was 3 days prior to the incident in question, I was pushed and shoved around without being warned that it is going to happen, just like Justin Roberts.  Sure it wasn’t as bad as what happen on Monday and it wasn’t for a multi-million dollar corporation, but still I didn’t cry.  And that was NOT the first time it happened!  As far as I’m concerned, I’m part of the show.  If a wrestler uses me as a “prop” then so be it.  I pretty much trust every wrestler isn’t going to hurt me on purpose.  And if it was Daniel Bryan…  I KNOW I would trust him.  Sure there would be circumstances where I may file a complaint.  But I believe 99% of the time I wouldn’t care.  I think the only time I care is if it doesn’t fit in with the storylines (which on the indies happens more often than not).

Basically what I’m getting at…  If you’re a glass half full type of person…  Then Monday we’ll get our answer if its true or not.

What does give me hope is that it seems like if it is real, WWE was forced to do this and current reports say that they will bring him back when the issue blows over.  I can see the issue blowing over within the 90 non-compete clause.  Sure maybe it has killed the best thing in WWE in years.  Or has it?  That is what I’m worried about from a fan standpoint.  But if it is true, which again it seems so, I feel bad that a talented wrestler is unemployed.

Oh yeah…  And Paul Heyman and/or Kevin Sullivan are rumored to be going to save TNA.  We shall see that tomorrow.  If anyone can save TNA its Heyman.  But my question is, will Heyman get what he needs to save TNA?  I don’t think that will happen.  Heyman will only be able to run his own place.  But again that is only a rumor.

Good and Bad things have happened this week…  Anyway you look at it, wrestling is becoming a talking piece again!  Its great to be a fan!