It Stings to Miss WrestleMania 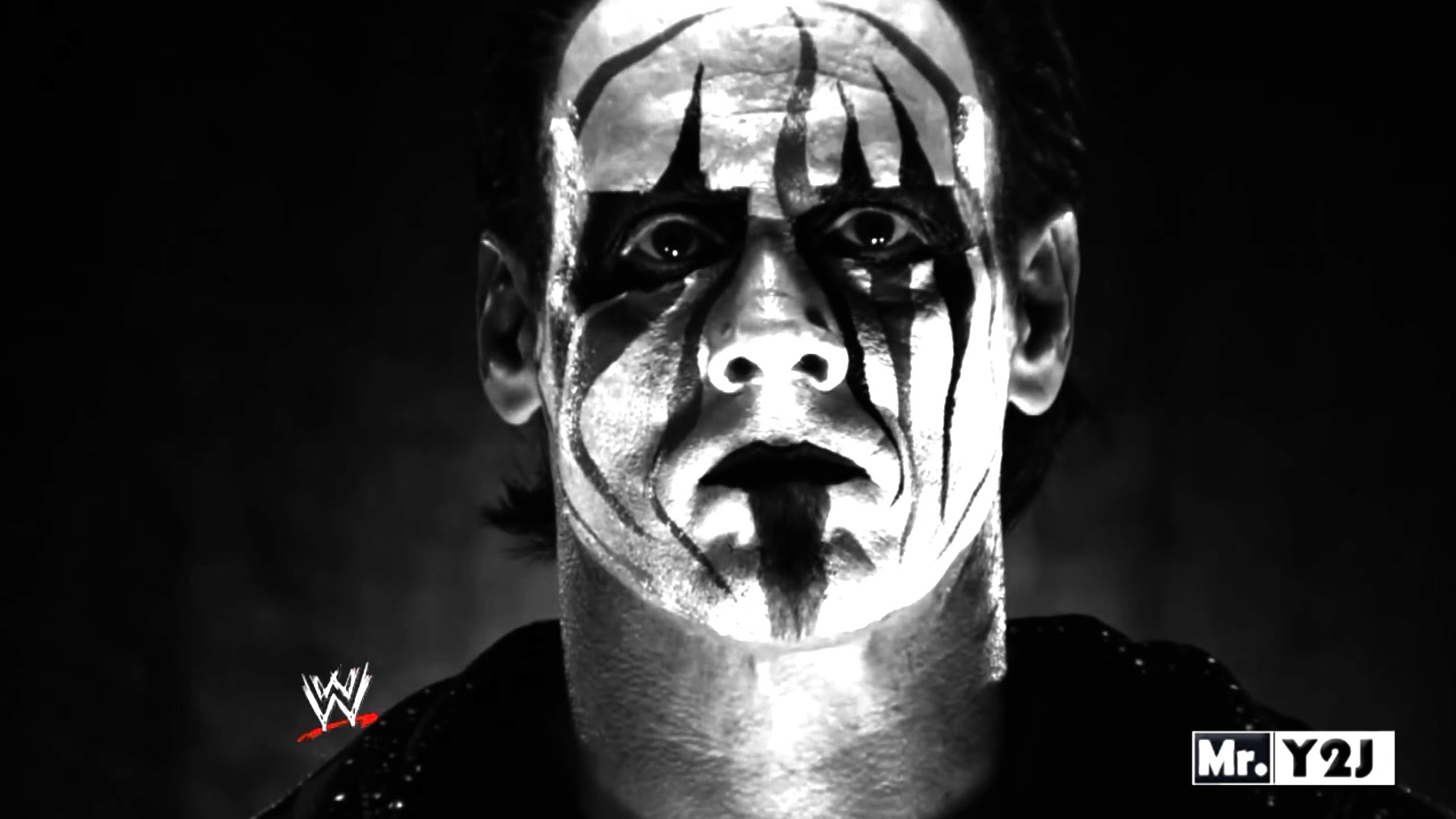 Hitting the Ropes: It Stings to Miss WrestleMania
By David Buckler, OWW editor-in-chief

Finally!! Sting is going to appear in WWE! After waiting all these years Sting is finally going to wrestle at WrestleMania. This completes his legacy and clears the path for induction into the WWE Hall of Fame. Let’s celebrate!

Of course it would have been better 10 years ago. And it would be better if he was involved in an actual storyline. This feud with Triple H feels SO forced. At the end of the day, am I the only one in the world completely, totally underwhelmed to watch creaky old Sting on Sunday night? Kind of feels like it.

Well I won’t be watching this in person. I’m not going to WrestleMania this year for the first time since 2009. I’m disappointed because I will miss my friends as they congregate in Northern CA. I will miss the excitement of being in the middle of the wrestling world, especially since last year I had such a great time in New Orleans. I’ll miss WrestleCon and the other events taking place this weekend.

I knew it would be tough for me to attend WrestleMania this year for a variety of reasons. One thing is that I work for the Cauliflower Alley Club and our big 50th Reunion is April 13-15 in Las Vegas. Not sure how I could squeeze two wrestling trips into the family calendar. But that wasn’t the only reason.

One of the things about growing up is that you can afford better tickets to concerts, sporting events, and the theater. Being close to the action is very exciting. However, one of the problems with that is that you don’t want to ever sit near the back again. I read a quote in a book once that said “people forget pain, but remember luxury.” Think about it. Women have more than 1 child because they forget how excruciating actual childbirth is (my wife confirmed this statement). But once you drink a nice bottle of wine, you don’t really want to go back to drinking Boone’s out of a paper bag like when you were 21 (or younger).

How does this relate to wrestling? I have been very fortunate to attend the past 6 WrestleMania’s, and in each case I had very good seats. In New York I was in the very front row. I had a front row seat last year in New Orleans but chose to sell the ticket, moving back to row 3. Combine the great seats with the other high-end events of WrestleMania weekend and it really is a sensational few days in the chosen host city. The major drawback – the cost.

I tried to justify the cost over the years using a variety of excuses…everything from “I need a vacation from work” to “my girl Beth is on the card” to “my kids are driving me nuts” to “this is my last year spending big money on a wrestling, so what the hell!” One way or another I justified the cost to my wife and she grit her teeth and sent me on my way. But now…my kids are growing and ever since my son decided to eat like a Jets linebacker I just don’t have the money for the trip.

So this year it was going to take an earth-shaking match for me to change my mind. When the rumors started popping up that Sting was signing with WWE, that news certainly didn’t make me want to run to the bank.

In general I like Sting. I recognize his talent and I know he’s made a “dent” in this business. People will remember him long after he decides to stop wrestling. I think if you’re being honest though, his career is a little bit of a mixed bag. Young Sting was a vision…as a member of the Blade Runners and during his early days in WCW it was apparent he had a great career ahead of him. Over time he became one of the true greats of WCW.

Eventually he morphed into “Crow” Sting…carrying a baseball bat with the white and black face paint, hiding in the rafters. Except for a short time as “NWO red and black” Sting, he pretty much has stayed the same ever since. And that’s my problem…

Where is the career growth? Where is the character development? For God’s sake people criticize John Cena for being “stale” and using the same 5 moves…what has Sting done the past 15 years that is even slightly innovative? Not to mention his character never shows much emotion and his promos as “iffy” at best. Are we sure Sting is that great an all-around performer?! Being a stoic, silent character that sits in the rafters is not as challenging or creative as, say, being the Heartbreak Kid or the Macho Man.

When WCW finally fell apart, his match vs. “The Nature Boy” Ric Flair rightfully closed the final Nitro on March 26, 2001. But then when he should have spear-headed the WCW Invasion, Sting disappeared. I don’t know all the politics…but do you really think Sting couldn’t have worked out SOMETHING with Vince McMahon at the time?

So eventually Sting ended up in TNA, spending many years as one of their main draws. But TNA feels like WCW, always a step below WWE. You wouldn’t see the Undertaker in TNA. John Cena’s not signing with TNA. Neither is Brock Lesnar. If you can play for the LA Lakers you don’t willingly sign a contract with the Iowa Energy of the D League.

I like what TNA is doing now…and I think there have been some amazing moments since their inception. I am not criticizing the promotion itself. I simply feel Sting should have challenged himself and moved to WWE at some point when he could redefine his legacy and make an impact in the world’s #1 promotion.

So why now? Why is Sting now doing business with Triple H? On one hand I give Triple H credit for reaching out to Sting and bringing him into the WWE family…similar to what he did with Bruno Sammartino. I like seeing these bridges built with the history of pro wrestling. Just like Randy Savage finally taking his rightful place in the WWE Hall of Fame. You can’t call it the WWE Hall of Fame without the “Macho Man” (and next year Miss Elizabeth?)

I guess Sting was finally tempted by the money. It certainly wasn’t a creative decision…he’s doing the exact same act as we’ve seen for a million years. The run-up to WrestleMania was very paint-by-numbers. So Sting will get his WrestleMania Moment Sunday in Santa Clara…and if you think there is any chance he’s losing clean to Triple H, you’re crazy. Maybe Hunter will screw him so Sting can get revenge at next month’s PPV before finally disappearing under the seats, in the rafters, or wherever he runs off to.

I guess if you’re a Sting mark this is an incredible weekend for you. I get that. I don’t judge fans. Hell I think Beth Phoenix is the best female wrestler of all time, so who am I to say anything?! But if you’re being honest with yourself, is this how you hoped Sting would join WWE? In 2015? Near the end of his career?

There is no doubt I miss my friends…my wrestling family…this weekend. They will have a great time catching up and exploring a cool part of the United States. I hope they all have a blast and I’ve enjoyed seeing their photos on Facebook. But the actual event, WrestleMania 31, am I going to miss being in the crowd for that? Eh.

Maybe Bray Wyatt and the Undertaker deliver something memorable. Maybe John Cena elevates Rusev. Maybe the sheer power and energy of Brock Lesnar will be on full display. Maybe WrestleMania 31 will leave the crowd as satisfied as the show in New Orleans did last year. And maybe Sting surprises me. But none of that was worth the cost this year…especially when you can see the show for…yes…$9.99.

I’ll see my buddies in Dallas next year. I wonder if Sting will be hiding in that giant TV. If so…I’d be OK if he stayed up there.

Related ItemsFeaturedstingwrestlemaniawwe
← Previous Story What if WCW had won the Monday Night War?
Next Story → Remembering “Battle At The Boat”