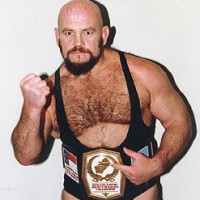 Some highlights of Ivan’s appearance on WGD Weekly include him talking about:

Possibly being chosen to defeat Bob Backlund for the WWF Title to be the transitional champion before Hulk Hogan instead of the Iron Sheik: “…Right around that time with Backlund and that, it seemed like Junior was taking over and I didn’t really pick up on it right at the time. I ended up wrestling Backlund, then I left, I think that was the time I went to Kuwait, and came back from there and had another match at the Garden and Junior had asked me to stay and I believe that is when they ended up switching the belt and I probably was considered for that. But, I had a blown up knee that kept locking up on me and they never really came out and said it that they wanted me for the switch…but they ended up using the Iron Sheik. When they asked me, I just told him, I’ve been on the road two years and I have to go get this knee fixed and that was the end of that…”

An original “screwjob” that took place while he was the WWWF Champion: “…to me, I thought the wrong thing was being done, but you can’t change their mind, they got the control…they got the T.V. and they got the referees that can do what they want. As a matter of fact they did, in Philadelphia, where I was booked a night or two after that against Mario Milano and he put the abdominal stretch on me and I was reacting to the abdominal stretch and he rang the bell and raised Mario’s hand, and they had that on video just as protection for themselves. I didn’t know what was going on. I said, “What’s going on? I didn’t give up.” Then he said, ok, continue the match, he rang the bell and we continued the match. I was hot, I went back and I said, “What the heck is going on?” But they wanted that and they wanted the film, I guess, just to be able to be used, you know, in case I gave them a hard time or something. Then at any time they
could say, well you lost a match at such and such a place to Mario Milano…its part of the business, I guess…”

His losing the WWWF Title to Pedro Morales and it being a “discretion call” by the referee: “…You can see by the match, to me, if anybody had a complaint, not that I’m complaining now, at this point, but if you look at the film and how it was done, I had him in a full nelson, he reached up and kicked the ropes. I lost balance and fell back, my hands went from a full nelson, to a wrist lock, to where I bridged and had his shoulders down and my shoulders down. So, both shoulders are down, who is on the offense, and who is on the defense, you know? But, he counted my shoulders down and not his. You can’t complain about it, what can you do? It is one of those technical finishes that is the referee’s choice, but Pedro made a good champion I think, and Bruno ended up getting it back, so that was good…”

Getting his ear drum busted and having to seriously fight Verne Gagne: “…Verne Gagne was I believe a very technical and a very competitive type wrestler…he was from the old school too…the old timers took a lot of pride in the fact that they liked it solid…for generations after them guys tried to really mix it up…Verne was definitely one of those guys. I hadn’t wrestled him before and then here I am after ’71, I go there in ’72 and ’73 and I wrestled some good matches…first time I wrestled Verne, it was like, I locked up with him and he hauled off and slapped me in the ear and busted my ear drum…when you get ringing like that in your ear, you lose your balance and everything. I was hot, to say the least. I was like, man, this guy is a veteran, here he is hauling off and hitting me in the ear and busting my ear drum and so, I started swinging…I noticed when he would put a hold on me it was really snug and when he hit me, so I just did the same thing back, we call it potatoes, when somebody hits you in the nose or something like that. Well, I think I gave him a whole truckload of potatoes that night, because I was swinging as hard as I could to get even…that’s the way they liked it, because, Verne, whenever we came back to the dressing room and the referee came over  to me and said, “man, Verne is happy, that’s the way he likes it, kid, that’s the way to fight. I thought, “man, I gotta put up with this everynight?…”

Winning the WWWF Title from his hero, Bruno Sammartino, and Bruno’s reaction to dropping the title after over seven years as champ: “…Everything just went so quiet, it was a sellout, can you imagine that, here I am, wrestling my hero, the champ, and I end up winning the belt, one, two, three, a knee drop of the top, and I say, “where is the belt?”…Finally, he raises my hand and he says, go back to the dressing room; you’ll get the belt back there. They were afraid of a riot. I didn’t pick up on it, but I did notice the people were very, very quiet. You could hear a pin drop, because they couldn’t believe that Bruno got defeated after what, seven years?…As far as Bruno was concerned…a lot of people don’t realize, but those rings up there in New York are the boxing rings, the four ropes and a lot more stable base on the ring and not as much spring on the ring…consequently us wrestlers, taking big back drops and suplexes on that, it ends up taking a toll on the body a lot more, so I really believe that Bruno needed the time off maybe surgery, maybe just get some rest. You know, I can imagine wrestling nearly every night and the pressure is on you because you’re the champion and you have to draw money, so it was the whole idea that Bruno didn’t mind the situation that much, because he wanted time off any way…”

A fight with fans involving himself and Roddy Piper leading to one of the “largest lawsuit in the history of the state of North Carolina: “…Roddy Piper and I had one of the largest lawsuits ever in North Carolina, when we were the Mid Atlantic Tag Team Champions. This guy had attacked us when we were on our way to the ring. He suckered Roddy, Roddy said “Ivan hold my bagpipes.” I hold them , he chases the guy down after about fifty feet, got him to the ground, punched him a few times and the cops came…Roddy thought the cops would be taking the guy out. We went to the match, wrestled against Wahoo and Ric flair at the time…we ended up losing the match on a disqualification, but the people were still so hot when we got out of the ring, that guy went nose to nose, the same guy that we thought they threw out, goes nose to nose with Roddy, so Roddy brought his knee up right in the guy’s groin. He stumbled back…he got up, I could see he was hot, he backed up, went around and I could see he does a circle coming around, I watched him and hung around just behind Roddy. Just as he was trying to reach through and sucker Roddy back, I beat him to the punch and I didn’t realize at the time that I hit him that hard, but it turned out I broke his jaw. Then it turned out, he was a soldier, off duty, home on leave, and when we came back for the court date later on, a five million dollar lawsuit, he was a police officer…but we were protecting ourselves and people witnessed it, when I beat him to the punch…”

In addition to these highlights, Koloff discusses at length all stops along the way in his long and storied career including, growing up a fan of wrestling, his introduction to the business, working as an “Irishman” Red McNaulty, wrestling early in his career in Montreal and Calgary and the introduction of the “Russian Bear” Ivan Koloff, early battles with Mad Dog Vachon, battling through angry crowds and having to defend himself, signing with the WWWF, working for Vince McMahon, Sr., why Nikolai Volkoff asked him if he is “full of crap,’ becoming the unofficial backstage “referee among fights between the “boys,” meeting Ric Flair while Flair was first training in Minnesota, working with Bob Backlund and Superstar Billy Graham, the origins of the “Russian Chain Match,” the introduction of his “nephew,” Nikita Koloff, working for Vince McMahon, Jr., working in several legendary tag teams, being managed by Lou Albano, Freddie Blassie, Gary Hart, and Paul Jones, his thoughts on possible going in the WWE Hall of Fame, and much more.