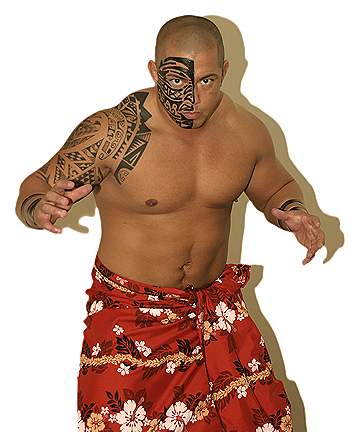 IZW on Jan. 5th: It All Comes Down To This
by Greg DeMarco

Both men have traveled the US and abroad, honing their skills and proving their worth against the very best competition. Both men have heard the fans chant their name and jeer their very existence. Both men have been heralded as the best Arizona has to offer.

It All Comes Down To This: This Saturday night, January 5, 2008–Impact Zone Wrestling hosts the unification supershow–a once in a lifetime event for the fans that have supported Impact Zone Wrestling and Rising Phoenix Wrestling get to see the most prestigious titles in Arizona wrestling history get unified, crowning the top wrestler and tag team in the state of Arizona. And it doesn’t get any bigger than the main event, which will see the top championship in IZW unified with the top championship in RPW.

The last time these two squared off in a one-on-one match was January 3, 2006, when Tyler beat Lion in an IZW championship match. In actuality, these two man have faced each other numerous times, trading victories and losses throughout the state and the entire Southwest. But the stakes have never been higher. Simply put, this Saturday night, one man will earn the right to call himself the very best wrestler in all of Arizona.

Plus more matches yet to be signed! And don’t miss a special stunt performed by IZW’s resident daredevil “Fearless” Jack Bull, and the return of TNA’s RelliK “REDRUM”. It all goes down this Saturday, January 5th at the Broadway Recreation Center in Mesa, Arizona.

For more information, please visit www.impactzonewrestling.com and while you’re there, be sure to watch the latest episode of IZW Impulse!