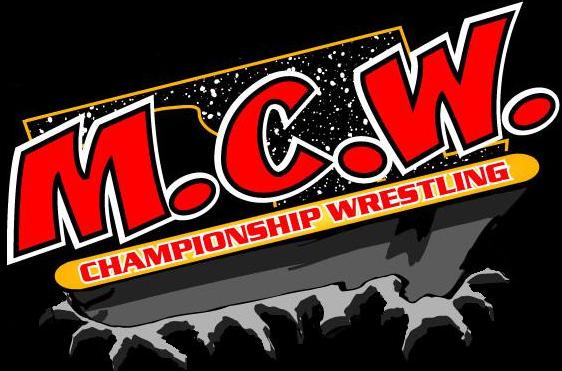 I just wanted to thank you for taking the time to read the MCW online newsletter. We have been busy adding to our 2014 schedule. Please see the bottom right of this newsletter for an updated 2014 schedule.

Many emails and calls are coming in wondering if Jake”The Snake” Roberts will still be appearing on March 22nd Tag Wars 2K14 after the recent announcement that he had to have emergency surgery to remove a cancerous tumor from his leg.

Jake has confirmed at this point he will be there. He is taking a couple of weeks off to heal from the surgery and will make his first appearance in New jersey on March 14th the week before our event. Our thoughts and prayers are with Jake during this tough time and we will keep you updated on any changes.

If you have any questions for me or MCW please send them to [email protected] and I will personally make sure they are answered promptly.

In the meantime I hope you enjoy the latest edition of the MCW News wire and I hope to see you at our final event of 2013 “Tribute To The Legends” on December 28th.

MCW is Coming To Waldorf, MD

WE are working diligently to finalize all of the contract negotiations and will announce the venue in the next week as soon as everything is finalized.

Matt Hardy will be available for Autographs and Photo opps at the Pre Show meet & greet. Stay tuned to www.MarylandWrestling.com for more details as they become available.

Baltimore, MD February 13, 2014- Just 2 weeks before he takes his rightful place in history Jake “The Snake” Roberts is coming to Harford County Maryland to compete in the ring for Maryland Championship Wrestling (MCW). Jake Roberts will be inducted into the WWE Hall Of Fame on Saturday April 5, 2014 in New Orleans Louisiana but before he makes his way to The Big Easy he will make a stop in Joppatowne, MD for MCW’s Tag Wars 2K14 on Saturday March 22, 2014.

“Jake has been on an unbelievable comeback not just in wrestling but in life for the past 18 months with the help of his good friend Diamond Dallas Page and the support of literally Millions of fans all over the world” says Dan McDevitt, President of Maryland Championship Wrestling. “It is truly one of the greatest comeback stories I have ever witnessed in my entire life and I am so honored to have him make a stop in MCW on his personal road to Wrestlemania and the WWE Hall Of Fame”.

Kelly Kelly the former WWE Divas Champion and Maxim magazine cover girl will also be appearing at the Pre Show Fan fest. The Fan fest will be from 5:30 to 7:30PM  just before the event starts and wrestling fans will be able to meet Jake Roberts, Kelly Kelly, Former Ring Of Honor star Colt Cabana and all of the stars of Maryland Championship Wrestling. All that is needed to attend the fan fest and meet and get photo opportunities with all of these stars is a ticket to Tag Wars 2K14.

Tag Wars 2K14 will take place at The Joppa Market place located at 1000 Joppa Farm Road in Joppatowne, MD 21085 with a 7:30PM Bell time. Many of the evening’s bouts will be different forms of tag team matches highlighted by a Six man Tag Team match in which Former MCW Tag Team Champions Adam Flash & Ronnie Zukko will team with Jake “The Snake” Roberts to take on J.P. Callahan’s stable of Mustafa Aziz Daniels, Mitch Miller & Paul White. “I was such a huge fan of tag team wrestling growing up with teams like The British Bulldogs, The Hart Foundation & The Road Warriors that I wanted to host an event that highlighted Tag Team Wrestling” McDevitt said.

There will be 8 action packed matches including a Championship match as the MCW Tag Team Champions Buck Chyld & G-Fed will defend the titles. Also appearing will be all four members of Black Wall Street, C-Fed, Ryan McBride, The Hell Cats, 3rd Generation Star Lance Anoai, “The Samoan Tsunami” Nui Tofiga and many others. More matches will be announced in the coming weeks.

One of Pro Wrestling’s biggest stars during what is now known as “The Attitude Era” was undoubtedly X Pac.

A former member of both the The New World Order (NWO) and also Degeneration X (DX) X Pac was always involved in some of the major focal points during the entire Attitude Era.

On Friday April 25, 2014 at The Green Room in Dundalk X Pac will compete for MCW for the very first time in our near 16 year history. X-Pac will also be available for a pre show meet and greet. More details will be forthcoming, stay tuned to www.MarylandWrestling.com for more information as it becomes available in the next couple of weeks.

Did you miss MCW Anniversary 2014? If you did then you missed one of our biggest shows ever with wrestling superstars such as WWE Hall Of Famer Jerry “The King Lawler, Angelina Love, Mickie James and Ring Of Honor’s Matt Taven.

We have a photo album with over100 pictures posted on our MCW Facebook page. Just click the link below to view the album. If you have not already “Liked” our page on Facebook you may have to do so before you can view the album. Hope you enjoy the pictures!!!

MCW is happy to announce that we have signed one half of the most decorated tag team in professional wrestling history D Von Dudley to appear at Shamrock Cup 14 on July 19th in Joppa, MD

D Von will be in action that night and he will also be taking part in the pre show meet and greet that will happen prior to the show. More details on this event will be available in the coming months.

Get Your MCW Gear

Saturday May 3 2014
Xtreme Measures
Waldorf, MD
MCW is finalizing contract negotiations and will announce the venue next week as soon as the negotiations are complete