Home / Behind the Scenes / James Beard to be honored this April!

James Beard to be honored this April! 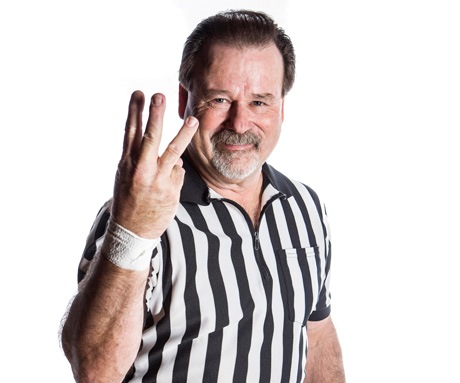 The Cauliflower Alley Club is pleased to announce that James Beard will be honored at the upcoming CAC Reunion with the FIRST EVER Charlie Smith Referee’s Award! Mr. Beard, a 2013 Texas Professional Wrestling Hall of Fame inductee, is a 30-year veteran in both the United States and abroad, working as a referee and behind the scenes as a television writer, creative consultant, booker, talent agent and promoter.

Mr. Beard has worked for well-known organizations such as World Class, USWA, SWS-WWF (Japan), GWF, NOW (Japan), NWA, Big Japan, CWF and many other promotions. He established a reputation as someone who is capable of handling talent relations and dealing with a variety of promotional issues, creative direction and television production.

A veteran of over 50 international tours around the world, Mr. Beard spent time working for three different Japanese companies, something no other foreign referee has ever done to this date. His influence there helped introduce many American wrestlers to Japan for the first time.

These are just several of Mr. Beard’s career highlights, all part of what makes him such a worthy recipient of the 2016 Charlie Smith Referee’s Award.

Here are some video highlights and interviews with Mr. Beard: