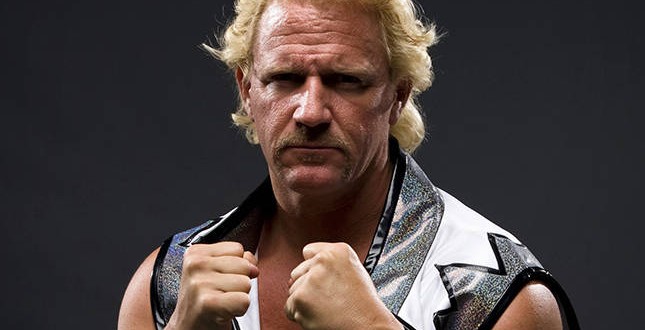 This interview is available for listening at: http://www.iyhwrestling.com/viewnews.php?autoid=25735

* How did the deal with New Japan to promote Wrestle Kingdom 9 come about? Was this something that GFW wanted to do or something New Japan wanted to do to get into the North American market?

“Well, a little of both. Back in April of 2014 when I announced the formation of my company and founded Global Force Wrestling, I had already been talking to the partners around the world and piecing things together. New Japan approached me and knew that they wanted to bring their product to the North American audience. It became real obvious real quick that what better way than to pick their biggest event, this is the 24th year, the annual Tokyo Dome show,…to really make a splash on the North American scene with the New Japan product. So we started piecing things together, and quite frankly we couldn’t be happier with where we’re at now: The Bullet Club red hot, Jim Ross getting on board, Matt Striker, all the videos and promotional stuff that we’ve put out, the buzz, the excitement. It all just sort of came together one thing after another and it has shaped up very nicely, and I’m really excited for January 4th.”

* Are the plans for GFW in the future to do more shows like Wrestle Kingdom 9 where you present different wrestling from around the world or will you have your own roster and have more of a traditional wrestling program?

“The answer is both. In 2015 we will continue the rollout of Global Force Wrestling. I am talking with several international companies about bringing their product to North America. We are in the process, and there was a press conference December 22nd in South Africa and we have big plans down there in 2015. Then there is the stand-alone company with talent and sponsorship and venue and distribution and everything that goes together; that rollout will continue in 2015 as well.”

* Have you seen a lot of guys on the Independent scene that you would like to bring into GFW?

“Absolutely. I’ve said it dating back to February of this year that I believe the professional wrestling business is just on the cusp of a boom period and I think a big component of that is that wrestling is healthy, and wrestling’s healthy because the free-agent market …I don’t like to refer to it as the Indy wrestlers; they may be independent promotions but I like to call them free-agents…is red hot. I’m sitting in my office right now and there’s a white board and there are 64 names on it and 48 of them are guys who have never worked for a major company with worldwide distribution. The Independent scene is red hot in my opinion.”

* What do you think about TNA’s new television deal with Destination America?

“Thank the Lord that they got a deal. You know there was a couple of months there that I didn’t know, and certainly anybody else didn’t know, and there were reports online…I don’t think it would’ve been good for the industry whatsoever. Remove the fact that I’m still a minority owner; the wrestling business is my passion and I want everyone to succeed and I think there’s plenty of room. You have ROH in the syndication market and they’re just entering into the pay-per-view world. You have TNA with Destination America. You have New Japan coming on AXS TV. You have El Rey with Lucha Underground. You have Global Force – we’re going to continue our rollout. With all of that being said, the WWE still probably has 75, 80, 85, 90 percent of the market share. Other promotions need to be healthy.”

* Doing the commentary for Wrestle Kingdom 9 is a one-shot deal for Jim Ross. Does he think if this goes well JR could potentially do more shows in the future?

* Does he think it will be a detriment that Wrestle Kingdom 9 will be shown live worldwide?

* How would he compare the atmosphere in the Tokyo Dome to other arenas?

* What is it like for him to see A.J. Styles doing so well in New Japan?

* Would Global Force be interested in working with other promotions in the United States?

For further information on how to order Wrestle Kingdom 9 live on pay-per-view, go to http://globalforcewrestling.com/