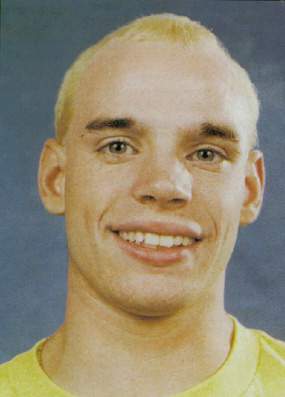 This year’s version of the annual event will be the 8th installment of the Tournament to honor late Florida Independent wrestler, “The All American” Jeff Peterson. In November, 2002 IPW Hardcore wrestler Jeff Peterson lost his battle with cancer. May 16-17, 2003 saw the beginning of the Jeff Peterson Memorial Cup, a sixteen competitor cruiserweight in honor of the fallen star. Each year since the event has grown to international levels. Previous winners include, “Reckless Youth” Tom Carter, Justice, Chris Sabin, Milano Collection AT, Chris Hero, and Erick Stevens.

The 16 participants for the tournament have been named,
and come to the field from across the US. They are as follows:
ARIK CANNON
CRAIG CLASSIC
JIGSAW
GRIZZLY REDWOOD
RHETT TITUS
SAMI CALLIHAN
CHRISTOPHER GRAY
CHRIS DICKINSON
RICOCHET
RICH SWANN
SUGAR DUNKERTON
JAKE MANNING
BRAD ALLEN
LINCE DORADO
FRIGHTMARE
AR FOX

We will announce the first round pairings in the coming days so stay tuned for more updates.

In addition to the tournament matches taking place both nights, we will have other tremendous action taking place as always.

Saturday night in Crystal River will see the winner of MOXLEY vs. SANTEE defend against ERICK STEVENS, and will also have an action packed 8 man tag team match based on the results of the first round the previous night.

Online World of Wrestling Radio host Alan Wojcik is honored once again to be part of the Jeff Peterson Memorial Cup weekend. Traditionally Alan interviews the 16 competitors for internet publication. However this year he will be doing the interviews LIVE this Tuesday on the Wild Talk Radio Network.

During the 9pm hour Alan is scheduled to speak with event co-founders Ron Niemi & Naphtali, former IPW Hardcore & current Florida indy star Francisco Ciatso, Aaron Royal and Lenny Leonard on their history with the vent and share stories of Jeff.

For more information on the program log onto
www.owwradio.com or www.wildtalkradio.com

The Skinny on the 2010 Jeff Peterson Memorial Cup

Ticket Prices for each event are as follows:
1st Row Ringside only $20