Home / Behind the Scenes / Jerry Brisco to receive a great honor 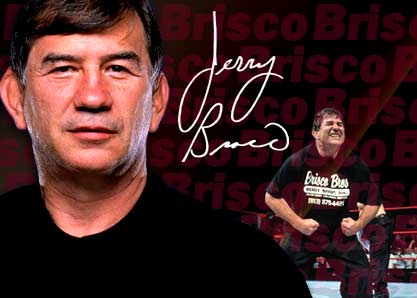 The Cauliflower Alley Club is pleased to announce that Jerry Brisco will be honored at the upcoming CAC Reunion with the Lou Thesz Lifetime Achievement Award!

The Lou Thesz Lifetime Achievement Award is a very prestigious honor. The criteria for the award, which originated in 2004, is that the nominee must have had a widely-recognized, widely respected professional wrestling career. In addition, the nominee must have also achieved success in other areas of the business, which in combination have brought credit to the profession. Areas meriting consideration in addition to wrestling include promotion, broadcasting, managing, refereeing, announcing, booking, and other areas associated with the presentation and/or management of the wrestling industry. Previous winners of the Lou Thesz Lifetime Achievement Award include Michael P.S. Hayes, Bill Moody, Ricky Steamboat, Mick Foley, Danny Hodge, Verne Gagne, and Jack Brisco.

Jerry Brisco is certainly a worthy addition to this list!

Floyd Gerald “Jerry” Brisco (born September 19, 1946) broke into the business in 1969 under the guidance of his older brother, Jack Brisco. The Brisco Brothers dominated the tag team scene for over a decade, working in the Florida, Georgia, and Mid-Atlantic territories. In total, the Brisco Brothers won twenty tag team championships together! Their feud with Dory and Terry Funk is still one of wrestling’s most heated of all time. It is interesting to note that in the late 1970’s the Briscos discovered Terry Bollea, the future Hulk Hogan, who they introduced to Hiro Matsuda for training.

Jerry Brisco would win many singles championships throughout the 1970’s and 1980’s. On June 20, 1981 he defeated Les Thornton for the NWA World Junior Heavyweight Championship. The Briscos eventually acquired minority interests in Georgia Championship Wrestling, and in 1984 they convinced a majority of the shareholders to sell their shares to Vince McMahon, enabling him to increase his stake in the wrestling world. Gerald retired soon after and began working backstage as a road agent and booker for McMahon’s World Wrestling Federation.

Jerry Brisco won his first WWE championship on the May 18, 2000 episode of SmackDown when he pinned a “sleeping” Crash Holly to win the perpetually contested Hardcore Championship. Crash regained the title on June 12 but Brisco was intent on regaining the belt. He pursued Holly and eventually regained the title the following week with the aid of Pat Patterson. As Patterson and Brisco celebrated the victory, Patterson poured champagne in Brisco’s eyes then broke a second bottle over his head. He then pinned the Brisco to win the Hardcore Championship. This led to a humorous match at that year’s King of the Ring event.

“I am very proud of Gerald for receiving this highly coveted award, as the Brisco Family was a very large part of my “roots” in the wrestling industry. Lou Thesz and I were actually introduced by the Briscos. Lou would be proud, as Jerry Brisco is so worthy of this honor! I’m looking forward to the CAC 50th Reunion, as are so many others!”

Congratulations again to Jerry Brisco, the 2015 Lou Thesz Lifetime Achievement Award recipient! It is truly an honor to have Mr. Brisco attend the CAC’s 50th Reunion celebration in April to accept this award.

Watch some of Jerry Brisco’s career highlights below: