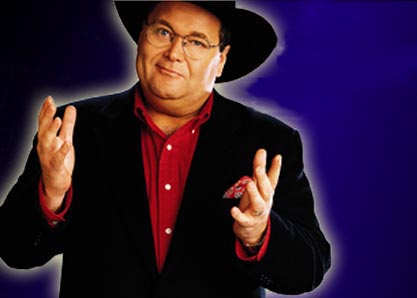 After storms destroyed our home’s roof, guttering, etc a few days a go, we are now bracing for a sunny, 80 degree day or two here in the bipolar weather center of the universe, Norman, Oklahoma.  Let’s grill….

Enjoyed UFC 159 last night on PPV from Newark headlined by the incomparable @jonnybones aka Jon Jones first round defeat of Chael Sonnen.  Jones has upped his game and his long, athletic frame is problematic for any one who can’t match up with Bones physically. The former amateur wrestling star prospect, at least for the present time, is his own worst opponent as I don’t see any one on the current UFC map that can handle him including the legendary Anderson Silva.

If Jonny Jones doesn’t allow out of Octagon issues to adversely affect his game he has the @UFC world by the Spauldings. A major, stadium event vs. Silva seems doable in the future and I feel that it will be highly successful. I’d love to see it in Cowboys Stadium as that would be a drive for me to be able to attend in person.

For those asking, No I do not think that @sonnench aka Chael Sonnen will be migrating to WWE any time soon. Could I see a ‘one off’ type of performance by the talkative and talented Sonnen in WWE? Possibly. But Chael has too  much to offer UFC as a broadcaster notwithstanding who said that Sonnen was definitively done as a fighter? Sonnen is a UFC guy and I see him contributing to the brand’s continued growth for year’s to come.

Enjoyed @JoeRogan candor when it came to the officiating and the issue of inadvertent eye pokes during UFC159. Rarely is a broadcaster given the latitude to be open and honest about a subject that likely many fans are thinking about as well. @DanaWhite is street smart and certainly has his finger on the pulse of the UFC fanbase to allow the talented Rogan to be so honest with Joe’s opinion.

Thought the booking of UFC159 was on the money especially with how the PPV kicked off. The importance of a great start on a PPV whether it be in the sports world of UFC or the entertainment side of WWE, can’t be stressed enough. It sets the stage for the event that the fans paid good money to see and engages, hopefully, the live audience to verbally embrace the presentation.

WWE.com reporting that WWE Champion John Cena has sustained an injury while on the European Tour. The report states that Cena has issues with his right, Achilles tendon which can be a dicey matter. Achilles injuries can be puzzling especially if they aren’t torn and don’t  require surgery. In other words these types of injuries can linger if one doesn’t get the proper rest and allow the tendon to heal. The injury is legit as Cena has been suffering through this matter for several days even though he hasn’t missed any bookings. Always said the man has the work ethic and toughness of an offensive lineman which is a good thing.

Imagine being gone for close to two weeks, away of one’s home country, visiting several other countries a few hours at a time and then, on the last night of your long, odyssey,  having to take a two hour bus ride to catch a flight from Warsaw, Poland to get to Columbus, Ohio…yeah…non stops are scare…just to get to work Monday night. Critics of the sports entertainment genre can blow all the smoke that they want but when it comes right down to it, the work, sacrifice and dedication hat it takes to be successful these days in WWE is amazing. It’s so much harder than in the territory days of wrestling when the vast majority of trips were made via car and were more comparable to a weekly or bi-weekly route where airplane trips were infrequent.

Based on my previous experience with some talents, that will remain nameless, after a long, albeit successful, European tour here’s what I suggest that some do with their gear….BURN IT! Not even the strongest Febreze application can cure what ails some of the tights, ETC that have visited several countries the past several days.

Second suggestion, if you have multiple pairs of any thing ‘black’ in your travel wardrobe, replace it. It’s likely toxic.

One of the reasons that the former 202 pound QB Lane Johnson grew to become a 6’6″-303 pound offensive lineman at Oklahoma University and become the 4th overall pick of the NFL Draft by Philadelphia was the work that Lane did in the weight room under expert supervision and the athletic training table where the proper foods were provided the athletes. Yes, I Know that genetics has a hand in this matter too. This is the same, basic theory of having a full time strength and conditioning coach at the new, WWE Performance Center along with a world class weight room. NXT prospects will be provided the opportunity to get bigger, stronger and faster the right way under trained, expert supervision. The results will, ideally, result in a better developed level of athlete in WWE rings as time moves forward.

After 8 years, we are buying a new grill. Having a tricked out Weber Grill delivered Monday. Business just picked up in our backyard!

Another cookbook idea is being discussed but it’s far from a done deal. The concept that we’ve come up with, nonetheless, would be a blast to write. Do you think that  a cook book entitled “Flatulence Foods” is a little coarse? I’m kidding…

Hard to believe that the great Lou Thesz passed away on this date in 2002 at the age of 86. Meeting Lou Thesz was one of my greatest thrills as a professional which I assume is much akin  to a baseball broadcaster finally meeting Babe Ruth. Without question, Lou Thesz belongs in the WWE Hall of Fame.  Lou’s stories of having 90 minute draws with Dan Hodge kept me on the edge of my seat as he had amazing recall and could remember the smallest of details. If memory serves me correctly the last time I ever saw Lou and Gordon Solie alive they were standing together at the hotel bar at a Cauliflower Alley function back in the day in New Jersey. I have the snapshot in my mind but which that I had a camera phone then to memorialize the moment.

The Q&A’s are updated here on the site. Check them out and leave your own questions if you choose.

Business has picked up with the online shopping aspect of JR’s family of products both at http://www.wweshop.com and in Manchester, England with http://www.americansoda.co.uk.  American Soda does a great job shipping door to door within the UK, Ireland and Europe. Of course, the folks at WWEShop.com get you your JR’s within a matter of days, as a rule, in the USA, Canada and far beyond.

Read other blog entries from Jim Ross at: