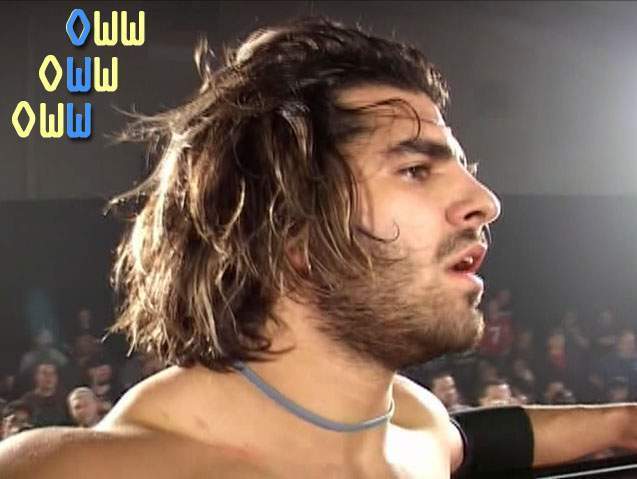 The following was transcribed by Andy J of www.wrestlingweekly.com:
On January 22nd, â€˜Wrestling Weekly’ hosts Doc Young and Les Thatcher were joined by Bryan Alvarez for ‘Hot Topic’ and their featured guest, one-half of the Ring of Honor tag team champions, Jimmy Jacobs.Â  Les begins the interview by asking Jimmy when he won the tag team titles. Jacobs responded by saying it was in New York at the end of September. Les talks about the upcoming ROH show in Dayton, Ohio and asks who Jimmy will be wrestling. Jimmy Jacobs said Tyler Black will be facing ‘American Dragon’ Bryan Danielson and that he’ll be wrestling with a new mystery member of the ‘Age of the Fall’ against Roderick Strong & Rocky Romero. Doc asks for a hint who the mystery wrestler is.Â  Jimmy says that he’s held a title in another company & fans would know him from national TV.

Doc asks Jimmy Jacobs about his injury. Jacobs pointed out he tore his ACL and had surgery. Jimmy states he took three to four months off from wrestling at that time. Doc then asks what Jimmy did in his time off. Jacobs highlighted that he was still working, but not wrestling and that he did managing & color commentary. Jimmy Jacobs stated he was out only two to three weeks due to his injury. Doc next spoke about the Youtube video’s with Lacey. Jimmy talked about the series of date video’s they had, which Jacobs pointed out are still available to watch on Youtube. “I was pretty proud how they came out, I spent a couple days in Chicago filming all them”.
Doc asked who’s idea the date videos were. Jimmy Jacobs responded by saying that one person comes up with an idea and you build from that and has used his own ideas in the past for wrestling too. Jimmy and Doc then discussed where the vignettes were filmed in Chicago. Jacobs continued by saying that the video’s led into the creation of the ‘Age of the Fall’. Doc asked when Jimmy got injured. Jacobs said it was a couple of things and that his ACL had been torn since August 2006 against Homicide. In storyline terms, ROH highlighted the injury happened in the cage match with BJ Whitmer.
Les asks if Jimmy will be working with BJ Whitmer again the future. Jimmy Jacobs pointed out “there will always be heat there…I won’t be suprised if someday we got back to it…”. Doc asks about the origin of ‘Age of the Fall’. Jimmy Jacobs highlighted that it was unexpected for them to go in another direction from the Lacey/Jimmy storyline and Jacobs highlighted that Tyler Black was someone that he wanted in the group. Jimmy continued by noting it was his idea to bring Tyler Black into Ring of Honor. Doc spoke about the controversial angle which was removed from the pay-per-view.
Jimmy highlighted that the angle was they ‘hanged’ Jay Briscoe and this was the reason why it wasn’t shown on the ROH pay-per-view. Jacobs continued by saying that the footage appears on the “Man Up” Ring of Honor DVD & about what is shown. Doc asks who ‘Alice in Wonderland’. “Alice is a girl we found who believed in our idea & what we are doing &Â  wanted to come aboard…”.

The Wrestling Weekly listeners in the live chat we there given the opportunity to ask Jimmy Jacobs questions. First question for Jimmy was is his brother Nick still in the business. Jacobs replied that he isn’t. Next question was about Jimmy Jacobs role in the Guerrero/Mysterio feud on ‘SmackDown!’ as a Rey Mysterio look-a-like and if he has done any other work for WWE. Jacobs pointed out he did extra work where he was a security guard on ‘Raw’ at the Batista/Triple H contract signing and that he worked with Nunzio too on ‘Velocity’. Another question is what did Jimmy think of Lacey’s promo on ‘Sunny‘. Jimmy Jacobs said “it was awesome, I was really pumped…when she came back I thought it was really good, I saw it online when it was on the video wire, I thought she totally tore into Sunny & came a lot looking great”.
Les ask’s if Jimmy will be working for Pro-Wrestling NOAH in Japan.Â  Jacobs said he wasn’t and spoke about the working relationship between ROH & NOAH. Doc asks Jimmy what does he do in his spare time. Jimmy Jacobs then talked about his day and they then spoke about the ‘Bussey Bunch’. Another question is what did Jimmy think about the heat he got at the Ted Petty Invitational. Jacobs pointed out the question was referring to the fact that “the IWA Mid-South fans don’t really care for me…I guessing there’s still alot of fans made about the AW thing”. Doc asks what Jimmy Jacobs has coming up in the future. Jimmy said that there’s ROH at the weekend in Dayton & Chicago and after he’s in Michigan on February 2nd. Another question is does Jimmy have plans for a new official website. Jacobs noted he was thinking about it but stated that it’s now “all Myspace”. Doc & Jimmy then talked about wrestlers onÂ  Live Journal who then went on to use Myspace.

Doc then congratulated Jimmy on his tag title win and Les said he would see him in Dayton, Ohio.