Home / Indies / Joey Ryan will make his Hardcore Roadtrip Debut at the Hardcore Fanfest this March!

Joey Ryan will make his Hardcore Roadtrip Debut at the Hardcore Fanfest this March! 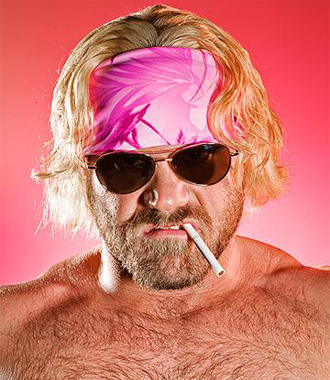 David Dexter reports that on Saturday March 2nd, in London, ON Canada Former ROH & Pro Wrestling Guerrilla Star and current TNA Wrestling Star Joey Ryan will make his HRT Debut at the Hardcore Fanfest! Joey who will be tagging with Matt Morgan this coming weekend at the Genesis PPV has been calling out the “Extreme” locker room for weeks now! March 2nd he get’s his chance to face one of the former ECW Stars! http://www.HardcoreRoadtrip.ca/

FREE BEER FROM 7PM – 9PM for all fans who purchase their ticket in advance and are 21 or older (proper id required. 2 forms of id for persons outside NY).

VERY, VERY, VERY LIMITED TICKETS AVAILABLE FOR THIS INTIMATE EVENING OF EXTREME WRESTLING! Only 250 tickets total being sold (only 230 left as of 7am 1/7/2013) for each night. Seating will be on order of tickets sold. First come, first serve on seating. We are taking it back to a real underground-type with the building.

FAN APPRECIATION NIGHT!
FANS PICK THE WRESTLERS!
FANS PICK THE MATCHES!
Extreme Rising hands over the pencil to you the fans! YOU the fans, who purchased tickets to this event will choose select talent and matches for this event. YOU pick the competitors. YOU pick the gimmicks. Each person who purchase a ticket will receive a ballot where they will be able to choose the wrestlers and what the stipulations of the match will be. 3 fans from the audience will be selected randomly to hand tally everyone’s votes in the middle of the ring so this is truly a FANS PICK event!

With everything that will be going on for Wrestlemania Weekend, you never know who may show up with all the talent in North Jersey and NY area.

FREE FAN FEST, for those who purchased a ticket to this event PRIOR TO EVENT!!! In addition to free entry, all fans will receive a FREE autograph from each wrestler at Fan Fest.