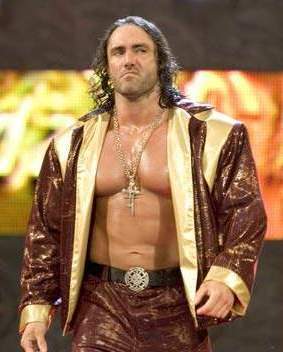 Johnny Swinger Discusses His HardCORE Justice Experience, Reuniting With Simon Diamond, How His Return To “The Extreme” Will Forever Immortalize Himself, If A Return To TNA Is The Works In The Coming Weeks/Months Ahead, “Making Money” In The Next Phase Of His Career (Either In TNA Or The WWE), How Long He Sees The EV 2.0 Faction Lasting After Bound For Glory, How He Categorizes The Original ECW Along The Lines Of Flair/Hogan/The Undertaker/HBK, How Much Is Truly Left For The Concept Of ECW Reunion Shows, Why Edge Is “The Best Thing Going Right Now” In The WWE, Why Kevin Nash Is “One Of The Best Businessmen” That He’s Ever Seen, & The Future Of Team 3-D In TNA

Johnny joined The Big Mosh & “The Chairman of the Board” Todd Vincent in his return to “Your Home of Wrestling Radio” (to discuss his experience at TNA’s HardCORE Justice and where he may be headed after The Last Stand Pay-Per-View), which is now available in Windows Streaming Media or via Monday Night Mayhem’s official Podcast on iTunes:

His HardCORE Justice experience, his six-man tag team match that night (with Simon Diamond & Kid Kash vs. The FBI), & how Swinger’s return to “the extreme” will forever immortalize himself: “It was pretty cool actually. It was like an ECW show. It was Universal Studios, but the way the show was laid out and the match we had was the same type of match we would’ve had ten years ago, and I think that was the idea. Me & Simon we weren’t the guys that went through tables and all that. We were what they call “sports-entertainers,” which was our strength, and it worked well, and it was cool to relive that, especially with Simon (who’s my best friend). Good time, great payday, getting an action figure & a trading card out of that…so not bad for a days work.”

Whether or not he sees the EV 2.0 faction in TNA lasting after the upcoming Bound For Glory Pay-Per-View: “It’s hard to say. Not just from TNA & their booking, but you never know what direction they’re going. They might lead you to something, then totally switch directions on you. I definitely think there are some legs to that, depending on who’s included in it and whatnot. I remember at the end of the show, we were all in there drinking beers, and Kid Kash said ‘Look at it this way, we are guaranteed a booking every five years.’ This thing keeps coming back, and I think it’ll live forever to some extent. It was something really cool ten years ago, and it could be brought back short-term. Long term, you would have to test it out. Looks like what they’ve done so far has been successful, but it’s only been a month or two, so you’ll have to wait & see I guess.”

How much is truly left for the concept of “ECW reunion shows” after the WWE’s & TNA’s attempts to revive ECW and why he would categorize the original ECW along the same lines of “The Nature Boy” Ric Flair, Hulk Hogan, The Undertaker, & Shawn Michaels: “I don’t know, I kinda look at it along the same lines as you look at Ric Flair, Hulk Hogan, Dusty Rhodes, & those guys. To me, when you get over, and when a guy, or in this case, a brand (ECW) gets over, it’s over man. I don’t know how many things going on today will be remembered 15, 20 years from now. It’s just a matter of how people react to it, and it was pretty strong in the beginning of the month before I went in for the Pay-Per-View. I saw that the ratings were up, and it definitely had some interest. The original ECW I put up with guys like Flair, Hogan, Undertaker, Shawn Michaels. Something that has been appealing for a long time, and it’s been off television for years, but it still has a aura about it.”

If he believes that TNA delivered with HardCORE Justice, and based on his performance & reaction at The Last Stand, if a return to TNA could be in the works, or whether he saw the Pay-Per-View as an audition for a potential WWE return: “I would have to say yes. It depends on what people were looking to get out of it. I know what I was looking at get out of it personally. I’m nowhere near ready to retire, so I looked at that as an open tryout for TNA or even WWE. It was an opportunity for me to go back on television and just look good, and I think I accomplished that. Whether it’s TNA or WWE, I’m through the first half of my career, and now I’m ready for the second half. It was a good deal, and I hope to hear from them soon. I can’t see why I wouldn’t, the positive reaction I got from the office and the people that were there. I didn’t get a chance to see the show, but from everybody I talked to pretty much said I looked great on it…not good, but great. I’ll take that as a huge compliment. I feel that I still have quite a career ahead of me, so I’m not ready to pack it in anytime soon as far as that being a sendoff for some guys. It wasn’t a sendoff for this guy. I think that I look better now than I did ten years ago, and I’m better definitely a better talent & performer.”

More is contained in this exclusive interview, including Swinger’s candid thoughts on why the next phase of his career is about “making money” for either World Wrestling Entertainment or TNA, his forthcoming acting projects, why Edge is “the best thing going right now” in the WWE, Kevin Nash being “one of the best businessmen” that he’s ever seen, and what he believes is in store for the respective futures of both “Big Sexy” & Team 3-D in TNA Wrestling. Be sure to kick off the “MNM Fall Tour ’10” with some one of the most eye-opening & revealing comments from an ECW Original, courtesy of Johnny Swinger.