Home / Behind the Scenes / Justin Roberts Performs with Britney Spears 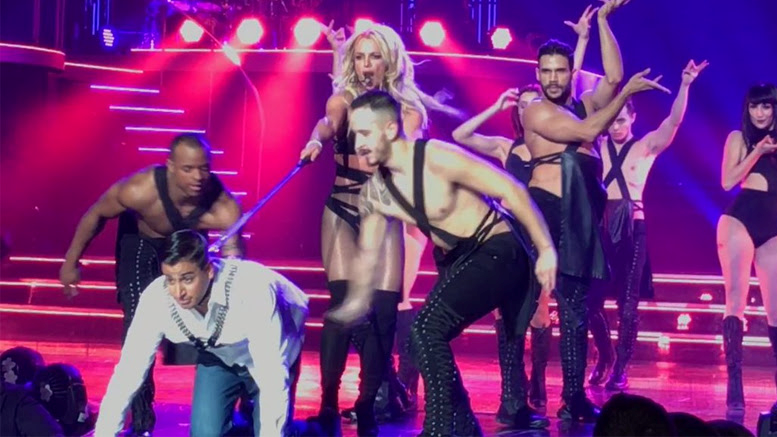 Former WWE announcer Justin Roberts may have had some strange Nexus flashbacks last night in Las Vegas … because Britney Spears put him on a leash at her show — and the video is hilarious.

Roberts attended Britney: Piece of Me recently at Planet Hollywood and was chosen to join her onstage during the song “Freakshow.”

As you’ll see in the video, Justin was put in S&M garb — which included a leash and leather straps — then paraded around the stage by Spears and her dancers.

Roberts’ book about being a fan who achieved his dream of working in WWE will be released on April 1st. However, the pre-order is available now on Amazon.

Stick around for the end of the video. Justin busts out some serious dance moves.