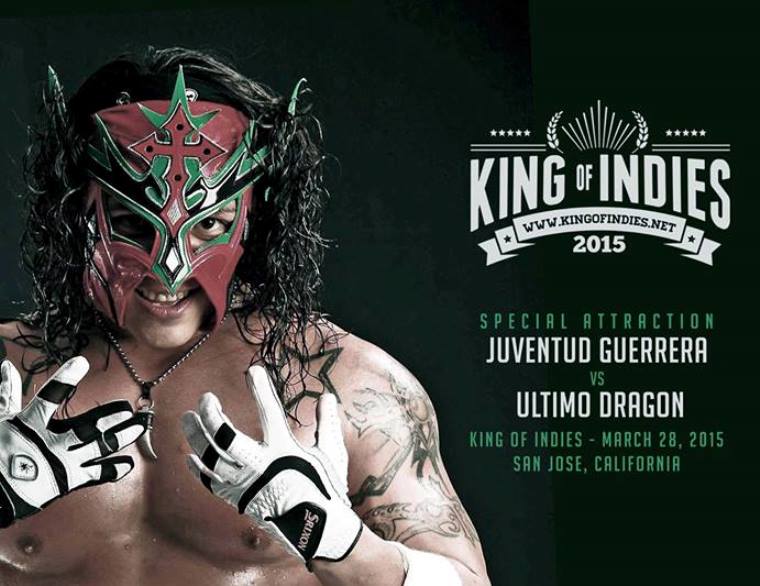 EVOLVE 38 is in the books and the road is now set to the WWN Experience. A match that could change the landscape of the WWN Family has been signed. Let’s get to it….

First, we are proud to say that last Sunday’s EVOLVE 38 is now available to watch anytime at WWNLive.com On Demand. Witness the barbaric Drew Galloway vs. Roderick Strong steel cage war, PJ Black (Justin Gabriel) impresses in his EVOLVE debut vs. Caleb Konley, Davey Richards returns for a classic vs. Anthony Nese, Chris Hero vs. Drew Gulak produces a hard-hitting clinic plus more. Watch on the WWN Roku Channel. Don’t listen to our hype. Check out what the impartial reviews have to say:

“Overall I enjoyed the show and do like the direction the promotion is heading. They really seem to have an identity and are sticking to it.” – 411Mania.com

“Hero/Gulak, Fox/Cage and Strong/Galloway were all great matches, well worth going out of your way to see….” – The Indy Corner

All roads now lead to the WWNLive Experience in San Jose at the Santa Clara Fairgrounds, just a few miles from all the Wrestlemania activity. Go here for all the building and ticket info. It kicks off with EVOLVE 39 on Thursday, March 26th. It continues with EVOLVE 40, King Of Indies Night 1 and Kaiju Big Battle on Friday, March 27th. It concludes with SHIMMER, WWN Supershow: Mercury Rising 2015 and King Of Indies Night 2 on March 28th. Get the Total Experience ticket for big savings and perks. All ticket prices are reduced from last year. Here’s more major news for this wrestling utopia:

EVOLVE Champion Drew Galloway vs. DGUSA Open The Freedom Gate Champion Johnny Gargano is signed for the WWN Supershow: Mercury Rising 2015 on Saturday, March 28th at the WWNLive Experience in San Jose. This is an afternoon event so you can attend other things that night. If both Galloway and Gargano are still champions, their titles will be on the line. However, this leads us to our next item….

PJ Black (Justin Gabriel) wants his match against EVOLVE Champion Drew Galloway on March 26th at EVOLVE 39 in San Jose to be for the EVOLVE Championship. Galloway has agreed and we anticipate Black to be highly ranked after last Sunday. It is now official that the EVOLVE Title will be on the line on the Thursday night show. Can Black do what Galloway did and immediately win the title? We’ll address what this means for the Galloway vs. Gargano match in the next WWN Alerts.

Along those same lines, AR Fox wants his match against Johnny Gargano at EVOLVE 39 to be for the DGUSA Open The Freedom Gate Title. We’ll have more on this in the next Alerts. Gargano successfully defended his title against Pete Dunn in England at a Kamikaze Pro event last weekend.

There will be even more big matches signed for WWN Supershow: Mercury Rising 2015. Rich Swann, Biff Busick, Drew Gulak, Tommy End, Ethan Page and Premier Athlete Brand members Caleb Konley and Brian Cage with So Cal Val will all be in action! Let’s take a look at how this wrestling utopia is shaping up:

The following events are taking place as part of the WWNLive Experience in San Jose:

These two will wrestle with no restrictions for the EVOLVE Title

The rematch of their classic last year

Can Ricochet & Nation build momentum towards 3/28 vs. a hungry, new Premiere Athlete Brand

Page has been endorsed by Gargano, can he make an impact against the veteran Hero?

The premier high-flyer in the world vs. an aerial artist with something to prove

A first time battle of the big men

It’s Ronin vs. The Premier Athlete Brand in San Jose

Hero and Busick will finally wrestle after their confrontation last August

Another fresh match that could steal the entire show

Plus Drew Gulak and others!!!

Which titles will be on the line?

Hero ruined Thatcher’s moment when he won Style Battle, now he must face him

What do you think of everything that is announced for the WWNLive Experience? Tweet using hashtag #WWNLive and let us know. Thank you for taking some of your valuable time to read the WWN Alerts.