KAIRI Returns to Wrestling for Stardom

Former WWE Superstar and Ambassador Kairi Sane has returned to Stardom in Japan.

Now using the name KAIRI, the former WWE Women’s Tag Team Champion appeared at Friday’s Stardom press conference and confirmed she will be returning to the promotion, according to F4Wonline.com. She was announced for the Stardom World Climax Shows on Saturday, March 26 and Sunday, March 27 at Sumo Hall in Tokyo, Japan.

The press conference was interrupted by Unagi Sayaka and Tam Nakano, and Sane expressed interest in teaming with Mayu Iwatani to face them at Sumo Hall. Sane was then attacked by members of the Oedo Tai stable after the press conference.

Sane noted at the press conference that she is in the best shape she’s ever been in. It was also stated that her ring name will be stylized as KAIRI, with no last name.

Sane spent more than 6 years with Stardom before being signed by WWE in 2017. She won the 2017 Mae Young Classic, the WWE NXT Women’s Title, and the WWE Women’s Tag Team Titles before returning to Japan in July 2021 to be with her husband. She continued to work in Japan as a WWE Ambassador, until her contract just recently expired. There had been rumors of a return to WWE but that obviously is not happening now.

Stay tuned for more on KAIRI’s return to Stardom. 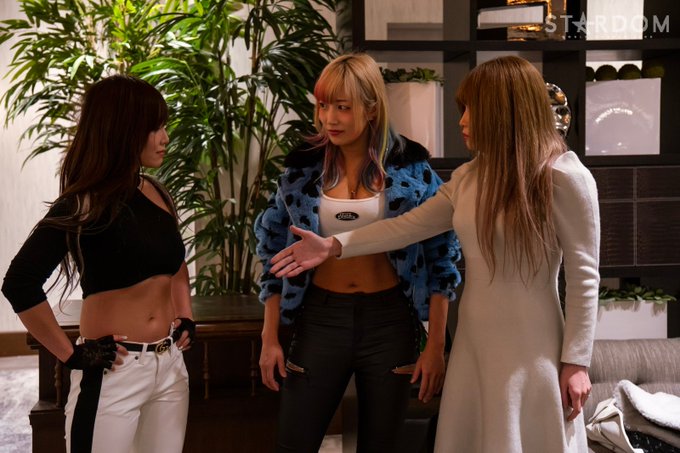