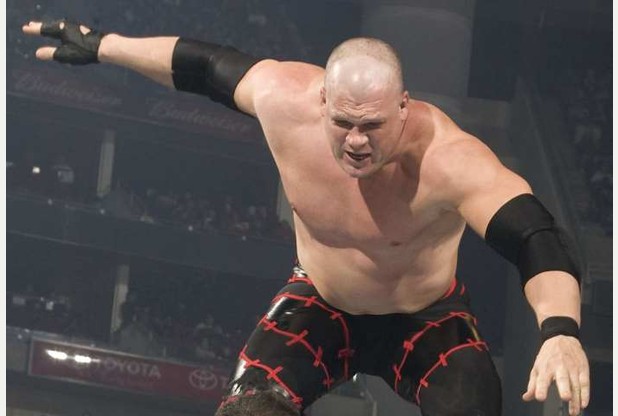 WWE wrestling legend Kane is a grappler that many fans from across the past two decades will instantly recognise.

The 7ft behemoth has been a mainstay in the squared circle since making his debut in the then WWF 21 years ago.

However, it was only when he debuted his ‘Big Red Machine’ character that the multiple time champion, real name Glenn Jacobs, started on a path towards becoming a wrestling legend.

Ahead of the WWE heading to the Nottingham Motorpoint Arena on April 17 as part of the Wrestlemania Revenge tour, the ‘Demon’ sat down to speak to the Post about his career, his future plans and his love of UK wrestling fans.

Read the entire article here.
Here are the highlights:

Making it to his 17th WrestleMania:

“I have been around a long time and shared some very elite company. This will be my 17th Wrestlemania. I have done this by trying to be the best that I can be. I have always taken everything as it comes and tried to stay in good shape. I also have done my best to minimize the risk involved in what I do in the ring. I still think I have a lot to offer and I am pleased with the level of my performance in the ring.”

His favorite WrestleMania memory and the future:

“I would have to say my first match with The Undertaker at Wrestlemania would have to be my best one. In terms of plans for future Wrestlemanias, I would love to main event the show. I have semi-main evented before but that is still a goal for me.”

“He was a great performer and it is such a loss. We had a lot of good times together (as Team Hell No) and I have often gone on record in saying that my time with Daniel Bryan was the most fun I had during my time in the WWE. While it is sad he has had to retire, it was the right decision for him in terms of his health. He is still an amazing talent.”

Related Itemskanewrestlemania
← Previous Story Who Was The MVP Of Each WrestleMania?
Next Story → Sue Aitchison: Making Wishes Come True at WWE for 30 Years