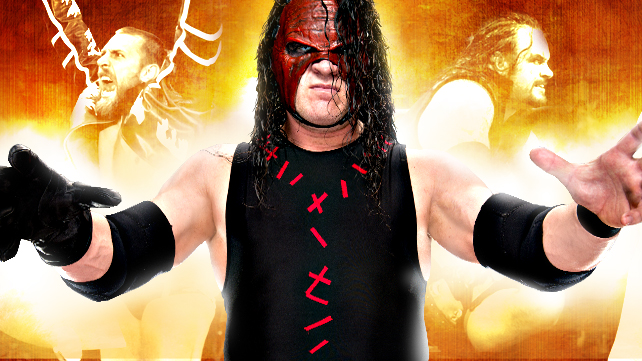 By Alfonso Castillo, writer for newsday.com:

Forty-one years ago, Bruno Sammartino and Stan “The Man” Stasiak headlined the very first World Wide Wrestling Federation event at the Nassau Coliseum. This Monday, John Cena, Seth Rollins and other top wrestling stars will step into the ring at the very last WWE event at the current Coliseum, before it closes down later this year for major renovations.

And, somewhere in between, evil dentist Dr. Isaac Yankem defeated hog farmer Henry O. Godwinn in the fourth to last match of a November 1995 house show in the Uniondale arena.

While hardly a memorable encounter, it was historic for one reason: It was the very first visit to the Nassau Coliseum by Glen Jacobs, who portrayed the Yankem character and is better known to most fans today as Kane.

During the next two decades, the man known as the Devil’s Favorite Demon would perform dozens of times for Long Island fans. He will do so for the very last time at the original Coliseum in a Memorial Day edition of “Monday Night Raw.”

Kane, whose given name is Glenn Jacobs, recently discussed his Coliseum memories, and more, by phone with Newsday reporter Alfonso Castillo.

ALFONSO CASTILLO: You’ve been working in the building for about 20 years now. What’s your take on the Nassau Coliseum?

KANE: It’s a great venue with a lot of history, and not just for us, but every time you go backstage and you see all the stuff with the Islanders. It’s really cool to be part of that history, whether it’s WWE’s or that from the NHL. So it’s a neat building in that regard. And, of course, being there in the New York City area, it’s a major venue for us. It’s been awesome going there for all these years.

KANE: On the one hand, if you ask any athlete or performer, some of the older buildings compared to some of the newer buildings are — I don’t want to use the word “substandard” — but they certainly don’t have the amenities that the newer buildings do, both for us, and in many cases, for the fans. On the other, hand, yes I do feel kind of melancholy when that happens, because there are so memories there. I missed the final WWE show in the old Boston Garden. And, as a basketball fan, I grew up watching the Celtics and the Lakers in the finals like every other year, or whatever it was. And that was like a big deal. I was like, “Aw, man. I’m going to miss the last show.”

But what was really cool was that one of the maintenance people at the old Garden gave me a piece of the floor. I got to do the last show WWE did in the Philadelphia Spectrum. And, again, being a basketball fan during that period, being out there in the same arena that Dr. J played in was really awesome. I think for all of us that are sports fans, a part of our childhood go away when those old venues are torn down.