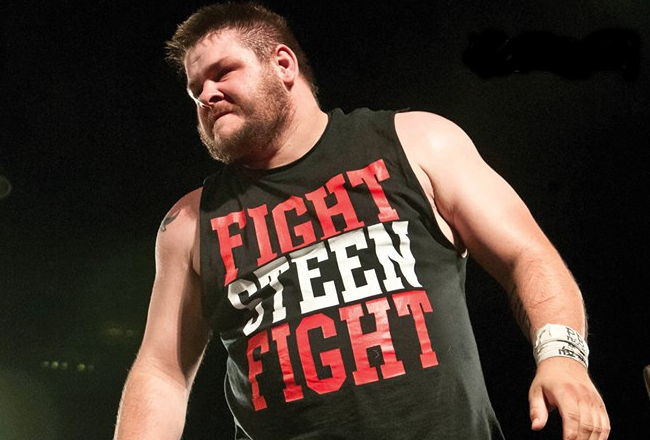 Indie sensation Kevin Steen is one of WWE’s top signings in 2014. Steen is preparing for his WWE NXT debut by training with top notch coaches at the state-of-the-art WWE Performance Center in Orlando. He is ready for the challenges ahead.

In the videos above, Kevin talks with Jim Varsallone of The Miami Herald. Below are highlights (courtesy of LordsofPain.net):

* He says the WWE Performance Center is a pro wrestler’s dream and unlike anything you’ve ever seen. He feels very lucky to be there and said, “so far so good.”

* Steen confirmed that William Regal saw him at a Pro Wrestling Guerrilla event and got the ball rolling for him to sign with WWE.

* He talked about training at Jacques Rougeau’s wrestling school but said Rougeau had little to do with the actual training. A trainer at the school named Eric Mastrocola worked with Steen.