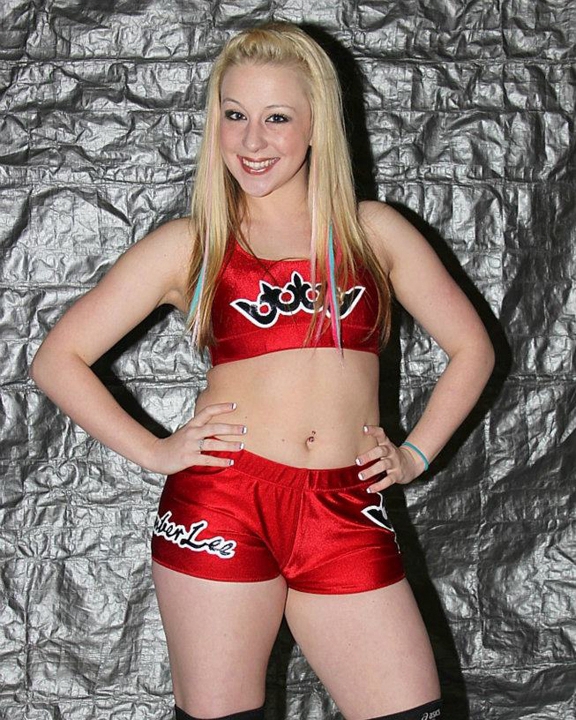 We are proud to announce Kimber Lee as the first entrant of the 2014 International Joshi Grand Prix.

At twenty three years of age, Kimber Lee can already add the title of “international superstar” to her resume after recently completing a successful tour of Japan. With only three years experience, the tenacious Kimber is proving herself to be very adept to the world of professional wrestling, fans and industry insiders alike see her as fighting her way to become the next big thing in independent womens wrestling.

We also would like to share more information on the layout for the International Joshi Grand Prix. The tournament will consist of eight women in four one-on-one quarter-final matches. The winners from that will compete in two one-on-one semi-final matches. The winners of those two will compete one-on-one for the first annual International Joshi Grand Prix. There will also be one non-tournament match.

We will be be making our first live media appearance Thursday, February 6th for Thursday Night AMP on Angrymarks.com. The show will air at 9PM and will have an interactive chatroom (Angrymarks.com/chat). On that night our Vice President, Phil Stamper, will announce the second entrant to the International Joshi Grand Prix, more details on the non-tournament match (including one of the competitors), the location of the first event, and more.