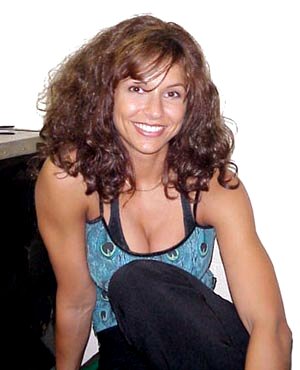 Kimberly Page Interview Recap
By: Bob Colling from from www.pdrwrestling.com

Kimberly Page was the guest on In Your Head Wrestling Radio hosted by Jack E. Jones, Oneinchbiceps and Barbie Richards at www.inyourheadonline.com

Kimberly Page is welcomed to the show first. Kimberly will be involved with a Promolast Fanfest in the Atlanta, GA area. Kimberly is looking forward to go back out to Atlanta. She says that this will be the last fan fest she is involved with for a long time. For all your information on the event please visit:
http://www.promolastevents.com

Kimberly only keeps up with DDP out of all the wrestlers. Kimberly talks about YRG, Yoga For Regular Guys. Kimberly talks about DDP being hurt while wrestling and being very sore. Kimberly got involved with yoga during her Nitro Girls run. Kimberly says that she had knee problems and a hip issue but yoga helped her get by that. Kimberly mentions that DDP said at first that he wouldn’t do it because it’s a girl thing. Eventually, DDP saw Kimberly doing it and decided to do it.

Jack asks if they will talk about wrestling during the YRG sessions and says that they will. Kimberly talks about having some good stories and remaining good friends with Eric Bischoff’s wife. Kimberly likes it when fans come up to her and remind her of various things that she may have had forgotten about previously.

Kimberly says it was a incredible ride as WCW grew over the course of her run with the company.

Kimberly loves DJ Ran, who was going to call in but wasn’t able to. Kimberly would love to get in contact with him as she loves DJ Ran.

Kimberly hated the Booty Babe name when she was managing with Booty Man (Brutus Beefcake). Kimberly was very excited to do it as it was Hulk Hogan’s idea. However, walking in a airport and having fans scream Booty Babe in front of her mother was embarrassing.

Kimberly was unhappy with DDP being unhappy with how the stalker gimmick in WWF was going at the time. Kimberly wanted it work out for DDP, but it didn’t. Kimberly says that WWF didn’t try to bring her into the company. Kimberly was fine with that as she was past the wrestling business. She was never a big fan of wrestling to begin with. She admits to being 100% on the coattails of DDP. Kimberly respects the wrestlers who compete as she knows that she didn’t have the raw talent to be a good wrestler.

Kimberly says that she was pressured to become a active wrestler in WCW. Kimberly would not do that as she was 33 at the time and didn’t want to get hurt. She admits to being a girly girl.

Kimberly talks about her breast implants and says that once they didn’t benefit her they were gone.

Kimberly plugs the website www.yrgworkout.com to get a sample of the yoga workout.

For the full audio of the interview plus the IYH crew’s views on the week in wrestling please visit http://www.inyourheadonline.com !! We also have our complete 5 year archive for FREE downloading including interviews with Bill Goldberg, Scott Hall, Kevin Nash, Chris Jericho, Samoa Joe, Eric Bischoff, Mick Foley, Terry Funk and many more. Listen live every Wenesday at 8:05 PM EST with upcoming guests including Ryan Shamrock, Chief Jay Strongbow, Bill DeMott, Mr. Wonderful Paul Orndorff and Lex Luger. Also join our free message board http://inyourheadboard.proboards.com/index.cgi to interact with the hosts and fans of IYH and to leave questions for upcoming guests.