Kofi Kingston Needs to Win Money in the Bank 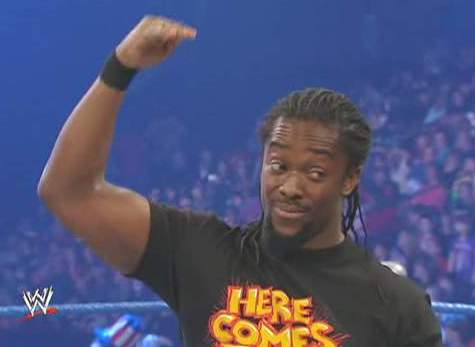 WWE needs to take a chance at WrestleMania 28 by having Kofi Kingston win the Money in the Bank match.

That’s the headline that I want to write about during the week after WrestleMania 28.

If I’m able to write about that, then that means that WWE decided to think outside the box and push Kofi Kingston.

Generally, WWE decides to go the path where the Money in the Bank winner ends up capturing the title.

Edge used his Money in the Bank winning to steal the title from John Cena at New Year’s Revolution 2006.

Later on that year, Rob Van Dam cashed in his Money in the Bank stipulation to win the WWE Heavyweight Championship for the very first time.

Edge stole the Money in the Bank stipulation from an injured Mr Kennedy and used it to cash in against the Undertaker.

CM Punk shocked the world when he captured the World Heavyweight Championship from Edge.

The Money in the Bank idea was a brilliant one by WWE.

However, it doesn’t always have to build towards someone winning the World or WWE title at the end of the storyline.

It could just be something where they use the Money in the Bank stipulation to build up a midcard wrestler.

Doing it right would give him enough momentum to where wrestling fans will more likely believe that the wrestler is worthy of a main event spot.

For instance, WWE can spend several months doing storylines where other wrestlers challenge Kofi Kingston for the briefcase.

Kofi Kingston can build up crowd support as the underdog that’s fighting to save his chance at stardom.

Eventually, though, you’re going to have to put Kofi Kingston in a pay per view main event to challenge for the belt.

By that point, he should have a lot more momentum than he does now.

WWE can even do a title match for Kofi Kingston at the Royal Rumble. That pay per view generally has been one where WWE puts non main event wrestlers in title matches (ie Hardcore Holly).

Kofi Kingston can come close to winning the belt, but in the end, he would have to lose the match.

By next year’s No Way Out pay per view, he should have enough momentum to actually be in the Elimination Chamber matches.

Sometimes, you have to take risks in order to get rewards. Kofi Kingston seems like the type of guy that WWE can take a risk on.

Leave your thoughts, comments, and opinions below, and make sure to visit The Wrestling Cafe for the latest pro wrestling news and rumors!