Home / WWE / Kofi Kingston talks about not competing at last year’s WrestleMania, and much more

Kofi Kingston talks about not competing at last year’s WrestleMania, and much more 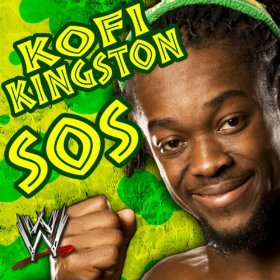 Bleacher Report and Ring Rust Radio recently had WWE Superstar KOFI KINGSTON on the show this week, and it was a great episode with plenty of exclusive content and insight into the star’s WrestleMania experiences and favorite moments, a possible heel turn in the future, his involvement in the Andre The Giant Battle Royal and so much more!

On the Andre the Giant memorial battle royal:

“Yeah I would love to get involved with that. Any type of royal rumble/battle royal I always look forward to because I usually get to do some pretty cool things and then on top of that just to be involved with a match dedicated to a man with the profile and the caliber of Andre the Giant I mean, when you think about that it’s awesome I mean how cool would it be to be the first guy to win it, I think it would be really really cool. I think it’ll be a lot of fun and I wouldn’t be surprised if you saw a lot of throwback guys come back for that match too because that’s usually the case with the Royal Rumble, there’s always a couple of surprise entrants so I wouldn’t be surprised if there were some surprise entrants here too and I’d love to get in the ring with some legends if possible because that would be an experience, as a fan, that I’ve dreamed about. So who knows what’s going to happen, I haven’t been officially announced into it but I am assuming that I’m going to be involved in it in some way, shape or form.”

Over the past few years you’ve become known for skin-the-cat moments in the Royal Rumble. If you decide to enter the battle Royal might you have something special planned for the WWE Universe?

“I get inspired from all different kinds of places, cartoons, comic books, movies and things like that and if I see it then I’ll try to emulate it in the ring and often times you figure out why these moves are comic books and movie-style moves because they can’t be done. Most of the time I’ve thought of something I found a way to make it work and luckily it’s actually worked out like the Royal Rumble jump that I did this year there was no contingency plan if I didn’t make that, and it goes the same for the handstand deal and the chair spot, like if I fall then I’m done so knock on wood luckily I’ve been able to actually complete what I’ve set out to do but, again, if I don’t there’s no contingency plan I guess if I fall then I walk to the back and I’ll be eliminated.”

Last year you didn’t get an opportunity to compete at WrestleMania 29, you were part of the pre-show panel. Firstly, how tough was it for you as a competitor to have to sit and watch from the sidelines last year, and also what does it mean to potentially get back in the fray this year?

“Last year, it was the worst. It was the worst thing of all time. Well, not the worst thing because doing the pre-show panel I was able to do something that I hadn’t really done before and on top of that, being there with Dusty Rhodes and Mick Foley was amazing because they’re two legends and I’m sitting there in between them just like ‘oh my god’. It was a cool experience but at the same time as a WWE Superstar your goal is to be on Wrestlemania in some way, shape or form so you can be part of the show and when you’re not, it definitely is a blow to your ego because it’s almost like you set out to be something that you didn’t do. But it’s also eye opening and motivating for the next year because you remember where you were at that point and you try to not end up there again. Hopefully with this Battle Royal situation I’ll be able to get back in there and do what I love to do because as WWE Superstars all you want to do is be on Wrestlemania.”

You’ve obviously had a ton of success in WWE, you’ve won more titles than almost anyone on the roster, but do you feel like you’re still searching for your defining WrestleMania moment?

“Yeah, I think at Wrestlemania you definitely want a singles match and not have to share the spotlight with other guys. Money in the Bank was awesome and some of the cooler moments in my career and it’s awesome to make some memorable moments but I think the ultimate goal is to have that singles match where it’s just you and your opponent, all eyes on you two and you’re just telling a story and you’re out there just tearing the house down. That is the ultimate goal and I’ve had a few different Wrestlemania Money in the Bank moments but not the singles Wrestlemania moment that I strive for.”

Since TLC there’s only been one world title with the WWE and World Heavyweight Championships being unified. Do you feel like that negatively impacts wrestlers such as yourself who are trying to reach that next level?

“Well, I don’t know if it negatively impacts me but it definitely make it harder. Even in terms of just storylines; there’s only so many storylines that the champion can be involved in if you have both titles but at the same time, if you do get to that point it is that much bigger. So I guess it’s bittersweet, it definitely has its upsides and downsides but I think for the time I think it’s a good thing and makes the titles mean that much more because one is not considered more prestigious than the other. If you hold the WWE World Heavyweight Championship you are the unified champion; you’re the man”

You haven’t won a world title yet in WWE and there’s obviously still time to accomplish that, but do you feel there’s ever been a time in your career when WWE could have capitalized on your momentum and had you win the title? Maybe after your 2009 feud with Randy Orton?

“I mean, if you think about it, you can become a champion at any given time like one day you could be at one point on the roster and the next day you could be the World Champion. Who knows what the ‘what ifs’ would have been. If I think about all of that then I’d drive myself nuts. There’s a whole bunch of different ways that storylines can go and who’s to say if it goes one way or the other if one thing happened or the other thing happened, it’s impossible to speculate. That’s what WWE is all about. You’re watching this show and you anticipate which way a storyline might go, and when it goes the other way, you’re swerved. Who knows what would have happened, could have happened, should have happened, I don’t focus on all of that I focus on what I want to happen and try to get there.”

“For me, I’d have to say my favorite moment of all, that I’ve had, was my initial Wrestlemania because I’ve always been a fan of WWE ever since I was a kid and I’ve always wanted to be a WWE Superstar and every time I would fantasize about having matches I would fantasize about myself having a Wrestlemania match, so when that actually happened for the first time that was like my dream come true. I don’t know if there was an actual moment in that match but I remember I was laying on the outside I ahd fallen out of the ring off of a ladder or something and I’m just laying there watching the show on the monitor and just like ‘oh my god, this is my dream’ and that was when it was real, it was actual reality.”

“If I had to pick a moment that wasn’t necessarily mine I’d have to pick Wrestlemania 14 when Tyson punched out Michaels. I thought that was awesome because I was always a wrestling fan and Wrestlemania 14 was the first time that I paid for my own ticket, I paid for my way to get there, I hadn’t been to that many WWE live events and it was awesome to be able to do that and to be able to witness all of that and the anticipation leading up to it. That week they had the contract signing with Vince McMahon and Stone Cold and Tyson was there and Vince McMahon got thrown into the Boston Harbor. I was right there for that and it was the coolest thing especially because no one swims in the Boston Harbor; its ridiculously dirty and the fact that Vince was actually in there I think a lot of people, me included, were concerned for his health but seeing him get knocked into there was pretty cool.”

Matches/Wrestlers on WWE Network you draw inspiration from:

“For me personally, I’ve been watching a lot of everything, mostly older WWE and WCW type stuff like Rey Mysterio and the cruiserweights. I watched a match with Rey Mysterio and Eddie Guerrero at Halloween Havoc, it’s one of my all-time favorites. From the perspective of what these guys were supposed to do, knowing how things are now, when you’re on the undercard and you’re supposed to go out and have this undercard match, Rey and Eddie were supposed to do that but instead they went out and stole the show in the very first match of the show and from what I read in their books, people were pretty upset about that. Just to watch the match and know what happened backstage ‘politically’ it really is one of my favorite matches and one of my favorite scenarios.”